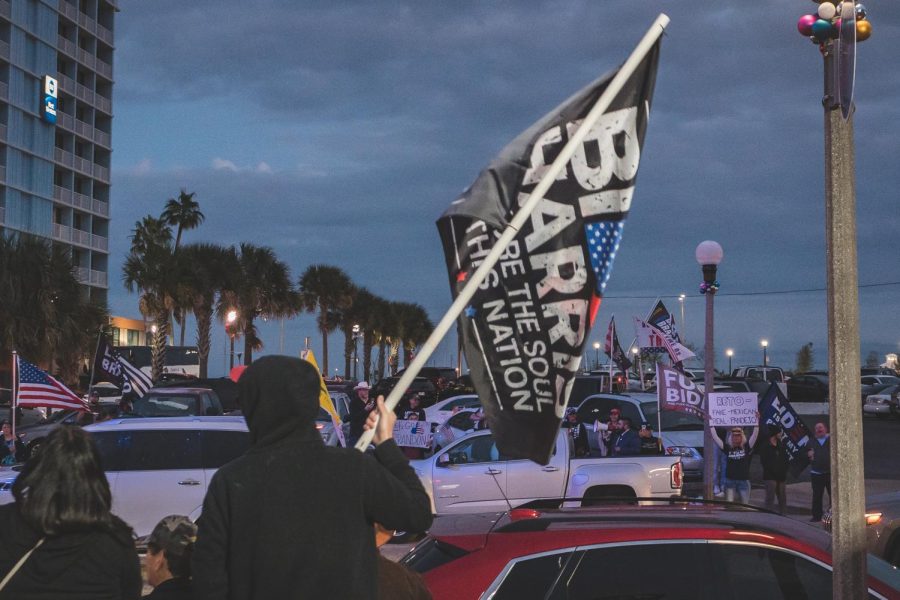 Protesters arrived across the street from the meet and greet to express their dissatisfaction with the current U.S. presidency.

“The future of Texas jobs is right here in Corpus Christi.” Beto said. “Of course we have  oil and gas, which are critically important and we want to protect those, but we also have a growing renewable energy industry here.”

O’Rourke said that the coming together of natural gas and renewable energy is what will create the jobs that “we need to have in the state.”

“We take no one for granted. We’re keeping our focus on the big things. Jobs, rural class public schools, and common sense issues like expanding Medicaid so that everybody can see a Doctor.”

O’Rourke said that during his gubernatorial campaign, where he may ultimately run against Incumbent Republican Governor Gregg Abbott, he wants to use non-partisan issues to try and unite Texans together to “get back on track in Texas.”

“Like a majority of Texans, I grew up with firearms.” Beto said. “I grew up with the responsibility of owning and using a gun. Let’s bring that to bear when protecting our 2nd amendment and the lives of those around us.”

The El Paso native continued by commenting on what he called “Extremist radical policies.” Beto said policies like the permitless carry bill is going to make it more dangerous to live in Texas. In addition, he says he wants to bring Texans together on certain gun policies.

“Universal background checks, extreme risk protection orders and making sure we are not selling weapons of war to people in our communities.” O’Rourke said. “Leave those things on the battlefield, because they are designed to kill people and we don’t want them in our communities.”

O’Rourke says that he plans to increase school funding as Governor. He said part of this would go to improving teacher salaries.

As Governor, O’Rourke said he will pay teachers enough so that they have just one job, that is focused on the child before them. In addition, O’Rourke said that he believes when it comes to Covid-19, that Texans need to follow the science.

Throughout O’Rourke’s campaign speech and meet and greet with supporters, a group who appeared to be led by former Corpus Christi Mayoral candidate Joe Michael Perez protested outside. The protesters carried flags and signs, including a “Lets Go Brandon” sign, which has become a code phrase against President Joe Biden, and a less subtle  “F**k Joe Biden” sign.  Perez used a bullhorn to shout, “Blue lives matter,” among other slogans targeting O’Rourke.