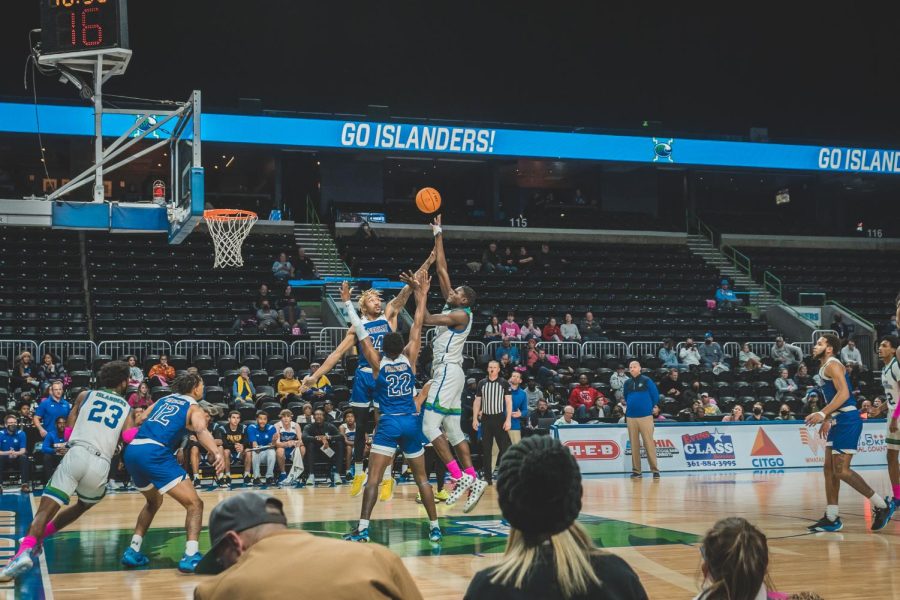 The Islanders are now boasting a 15-4 record (2-0 in conference) and an impressive one-season program turn-around with their new head coach, Steve Lutz.

“Our goal obviously is to win the conference and, you know, right now we are sitting at 2-0… they’ve been both hard-fought contests, and I think those just prepare you for the postseason,” Lutz said.

TAMU-CC ended the first half against McNeese 28-26 and never gave up their lead, shooting 11-33 (33%) from the field. However, the Islanders lost their footing going into the second half, with their most significant deficit being seven points back from the Cowboys. However, in true program fashion, they fought their way back into the game.

“It wasn’t as much of an adjustment tactically as it was mentally. The guys just did a better job of executing the game,” Lutz said.

“We came out strong, we rebounded the ball, and any time we were on offense we looked to score,” Isaac Mushila said.

Arguably the star of tonight’s game, Mushila, junior forward for the Islanders, recorded an impressive double-double of 18 points and 17 rebounds. Other notable players included De’Lazarus Keys’ double-double of 12 points and 10 rebounds, Trey Tennyson with nine points, and Simeon Fryer with six points.

“[McNeese] was good too. They were strong, but today, we were just better than them,” Mushila said.

The Islanders grappled their way to victory until the last seconds of the game. The victory was especially meaningful due to it being the Islander’s breast cancer awareness game. Between the electric crowd and spirited TAMU-CC band, the entire American Bank Center was at the edge of their seats cheering on their Islanders during their four-point win.

“While you don’t necessarily want to have close games, I just think they make you better on down the line,” Lutz said.

The Islanders will end their three-game homestand to start off conference play with a 3:30 game against the HBU Huskies on Saturday, Jan. 22. Their game will follow the women’s game at 1:00, both playing at the American Bank Center and honoring local Corpus Christi “Hometown Heroes.”