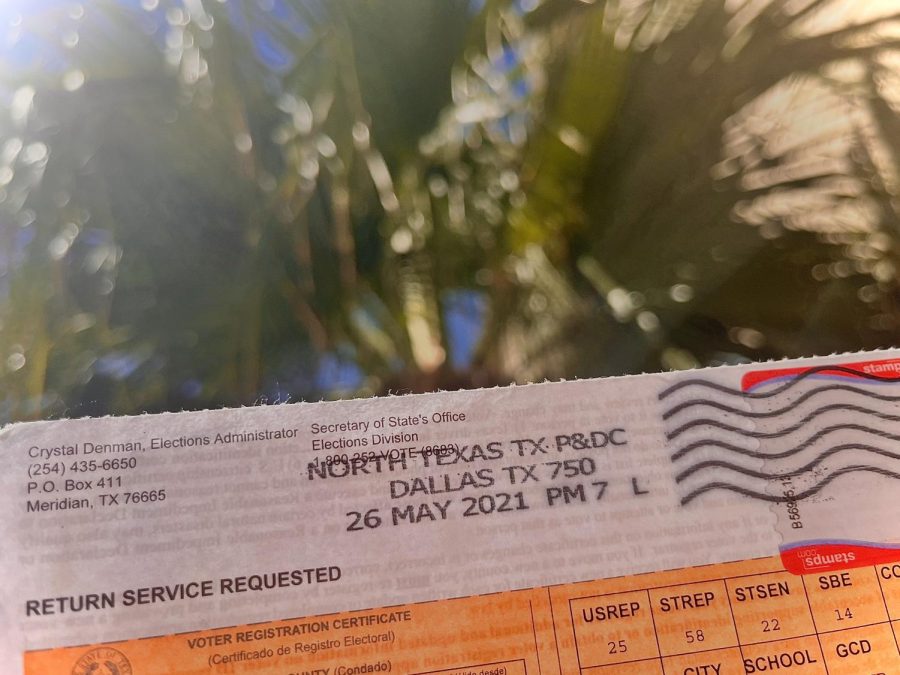 A voter registration card, such as the one pictured above, is a vital document to take when you are going to cast your vote.

As the primary voting for the midterm elections approaches, the vitality of the 2022 election year cannot be understated. There are crucial decisions that lie in the trajectory of this election, and there is only one group that can control it: active voters.

Although the nationwide impact of midterms gets overlooked, they are incredibly vital to its future. Midterms are critical to the core of democracy in the United States, as this is when all seats in the House of Representatives are up for re-election, and over 30 Senate spots are chosen.

According to the US Embassy’s website, “the majority party determines who leads important congressional committees. A president’s ability to accomplish his agenda has everything to do with whether his party controls the two houses of Congress.”

Essentially, midterm elections determine who has the majority rule for polarizing issues such as healthcare, immigration, education, gun control, abortion rights, climate change, voting rights, and more on the state level and beyond.

Although looking at a calendar for election years can be daunting and overwhelming, a handful of dates are the most prevalent to the typical voter. The highlights from the timeline of the 2022 midterm elections are as follows:

However, casting a vote means little to nothing if it is not educated and calculated. The most vital role we play as voters is doing the research and, through what we learn, voting for who we think is best for the greater good of our community, state, nation, and beyond.

To get in contact with the League of Women Voters in Corpus Christi for more information about midterm voting, please visit https://lwv-cctx.clubexpress.com/, their national website https://www.vote411.org/, or call them at (361) 445-4436.

For a full list of the offices up for election in Corpus Christi, Nueces County, and the surrounding areas, please visit https://www.caller.com/story/news/local/2022/01/22/texas-elections-2022-primary-voting-nueces-san-patricio-aransas-kleberg-county/6594368001/.