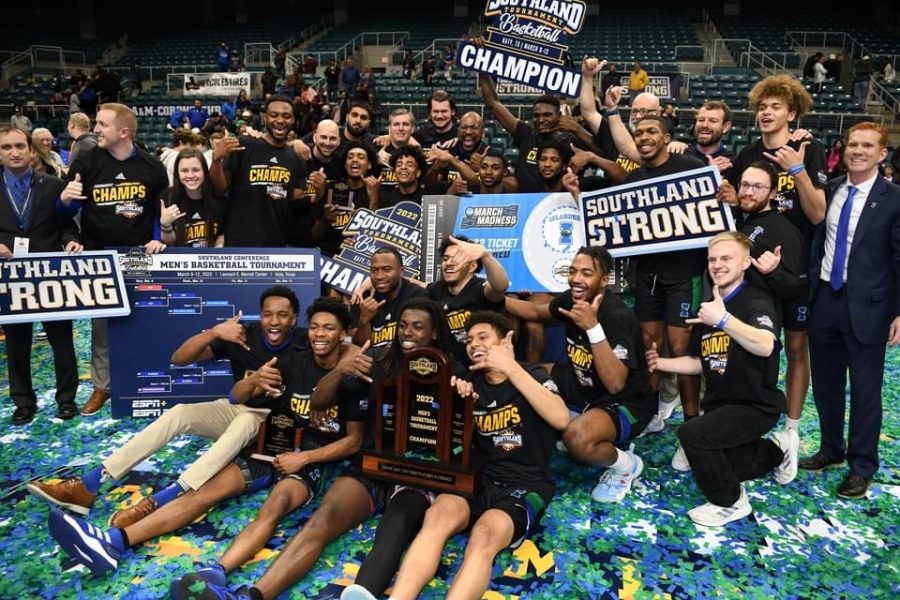 The Texas A&M University-Corpus Christi men’s basketball program is going dancing as they won the 2022 Southland Conference Championship game against No. 2 Southeastern this past Saturday in Katy.

For the first time in 15 years, the Islanders made program history by advancing to the NCAA Division I Tournament, aka the “Big Dance,” with new head coach Steve Lutz.

“These guys all took a chance on me,” said Lutz. “There’s no better feeling in the world.”

In the quarterfinals of the SLC Championship, the No. 4 Islanders were leading Houston Baptist within the first half with 39-21 and managed to remain ahead in the final score of 75-60. Senior Simeon Fryer led the team with scoring 16 points, along with junior Terrion Murdix scoring 12 points, and junior Trevian Tennyson with 10 points.

“I thought that our guys came out focused, they executed our defensive game plan from pretty much start to finish,” said Lutz. “[The team] worked long and hard for this. They know what’s at stake.”

TAMU-CC moved closer in the semifinals with another 71-64 win against top seed Nicholls. Once again the Islanders continued to be in the lead throughout the entire game. From off the bench, sophomore Stephen Faramade made it his big night by scoring 12 points along with a slam dunk.

In the last final game of the tournament, the Islanders defeated Southeastern 73-65 in the SLC Championship game. The Islanders gave it their all by out rebounding the Lions 37-25 while also attacking the paint while they posted their 36-16 advantage.

After the game finished, junior Terrion Murdix was announced the SLC Tournament MVP and senior Simeon Fryer was named to the All-Tournament Team.

Senior forward for the Islanders, De’Lazarus Keys said in the summer the team didn’t trust head coach Lutz at first and once they started to believe in him with his game plan strategies, the team was winning more games than they did last season.

“We realized that we got to believe him [and] just continue playing like he wants us to play. That’s what he did and now we’re here,” said Keys.

The Islanders will face No. 16 Texas Southern at the NCAA’s Men’s Basketball Championship on Tues. March 15 at 5:40 p.m. in Ohio.