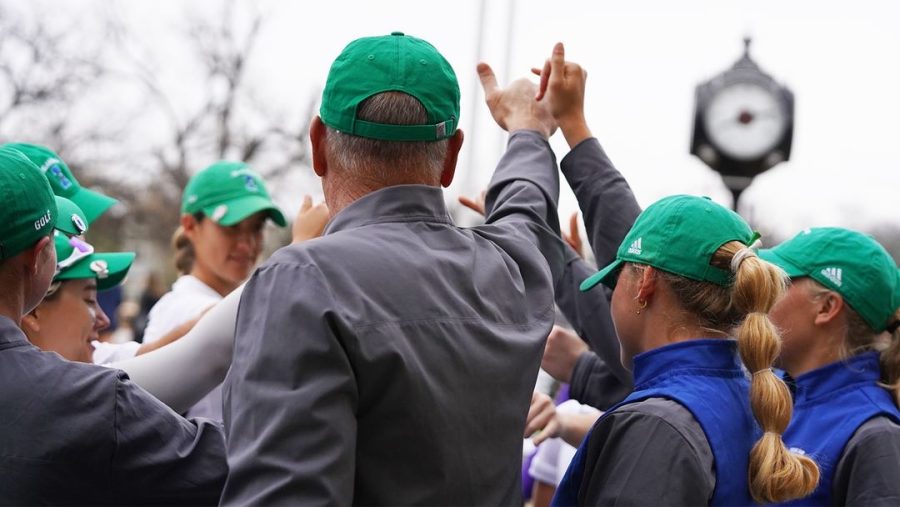 The young program is  looking forward to the future after facing HBU, UIW, Augusta, Delaware State, and more at the Panorama Golf Club during the SLC championship.

“We felt like we were the second or third best team in the conference,” Head Coach Pat Stephens said. “[We] just didn’t get it done this week.”

Stephens addressed how Augusta was a quality team the Islanders had to face as they were still in the striking region in round one. Stephens attributed the fall in round two to struggles with the greens and commitment to longer shots.

“We would much rather be in the NCAA Regionals, playing for the big thing in the big dance,” Stephens said. “We’re excited about that, and then our team for the future. We got fairly high quality recruits coming in working on schedule. It’s a process we’re working on to build the program.”

The starting line up included five Islanders to compete in the championship in an effort to bring home the SLC title. Graduate student Kellsey Sample was the only player to make an eagle in the second round. She ended with a  238 overall score, placing her at 14th-place.

“I think we all had very high expectations going out there,” Sample said. “That course wasn’t that difficult, but if you weren’t hitting fairways, you know, it made it really tough. We had to stay in the moment as long as we could.”

Sophomore Lucie Charbonnier led the Islanders in the tournament with a seventh-place finish of 230. Junior Lucy Martinez finished with an overall score of 243, first-year Reagan Gray with 238, and first-year Anastacia Johnson with 240.

“We obviously wanted to win, and we’re going in this competitive mindset,” Martinez said. “We were all ready, it didn’t work out as we wanted. We all gave everything. Our goal is to win the next tournament. Try our best and come out really good.”

The Islanders will be heading to Philadelphia, PA May 2-May 4 for their 2022 PGA Works Collegiate Championship tournament before the NCAA Regionals start.