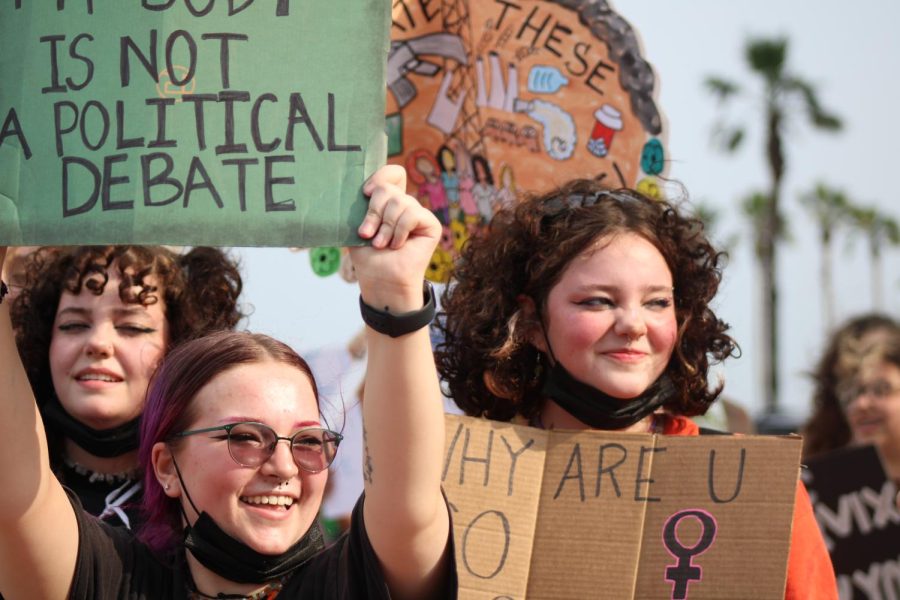 “I think that the leaked draft definitely caused a lot of panic, and a lot of people weren’t totally sure what all it meant. So we really just want to continue to spread awareness on campus and in the community that abortions are still legal,” sophomore environmental science major and Co-President of Islander Feminists Julia Nicholson said.

Politico’s release of a leaked draft opinion written by Justice Samuel Alito supporting the vote of the Supreme Court to overturn Roe v. Wade, a 1973 decision to guarantee federal constitutional protection of abortion rights, caused outrage among people with uteruses resulting in protests across the nation.

The Islander Feminists organized a protest on May 5 from 5 p.m. to 7 p.m. to voice their dissatisfaction with the Supreme Court ruling to overturn Roe v. Wade and Planned Parenthood v. Casey.

“We actually had a member of the TAMU-CC campus, not with Islander Feminists, reach out to set up an event because they were really upset about the draft that was leaked and wanted to do something about it. We were totally willing to set up an event, so I made a flyer, and we set up a time,” junior marketing major and Co-President of Islander Feminists Molly Davis said.

Drivers honked to show support as protestors who marched to the US District Courthouse from the Whataburger located on Shoreline Blvd., chanting “pro-life is a lie, you don’t care if women die.”

“We are here to provide resources to our community and let people know that it’s not going anywhere,” Nicholson said.

For more information about the leaked document, visit https://www.politico.com/news/2022/05/02/supreme-court-abortion-draft-opinion-00029473