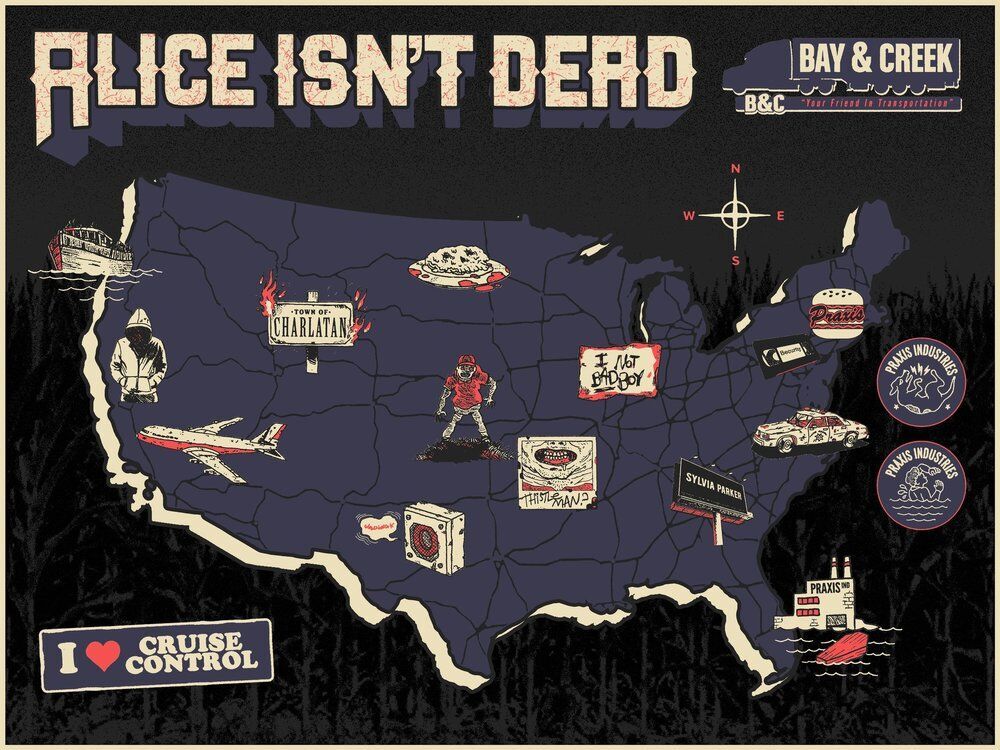 Image courtesy of harpercollins.com/HARPER COLLINS PUBLISHERS A road map of Alice’s journey across the United States.

Image courtesy of harpercollins.com/HARPER COLLINS PUBLISHERS A road map of Alice’s journey across the United States.

“Alice isn’t Dead” tells the story of Keisha Taylor who lived a happy life with her wife Alice until the day Alice disappeared. After months of searching and waiting for her to return, Alice was presumed dead. Taylor mourned and attempted to move on but began seeing Alice in the background of news broadcasts all over the U.S.

Taking a job as a truck driver, Taylor followed Alice’s trail across the U.S., gaining the attention of a dangerous, cannibalistic serial killer known as the Thistle Man and discovering a long-hidden conspiracy that exists at the edges of American civilization.

“Alice isn’t Dead” is a departure from Fink’s usual work. Just like “Welcome to Night Vale” before it, the novel here is an adaption of a serial podcast of the same name. Many of the story elements have been streamlined to make the transition to book form more seamless. While “Welcome to Night Vale” was a surreal, absurdist comedy with hints of horror, “Alice isn’t Dead” is a mixture of horror, thriller and mystery.

The book is broken up into three distinct parts where Taylor’s knowledge and willingness to fight back against the monstrous killer and disturbing conspiracies grow. Taylor is an individual who is plagued by anxiety and a general unwillingness to upset the status quo. She is shown to be heavily dependent on her wife, and while scenes depicting their life before her disappearance show that Alice was a loving and supportive wife, Taylor’s dependency on Alice is something of her own making. Alice has always helped Taylor get through her issues since entering adulthood, and without that support in her life, Taylor finds herself spiraling. 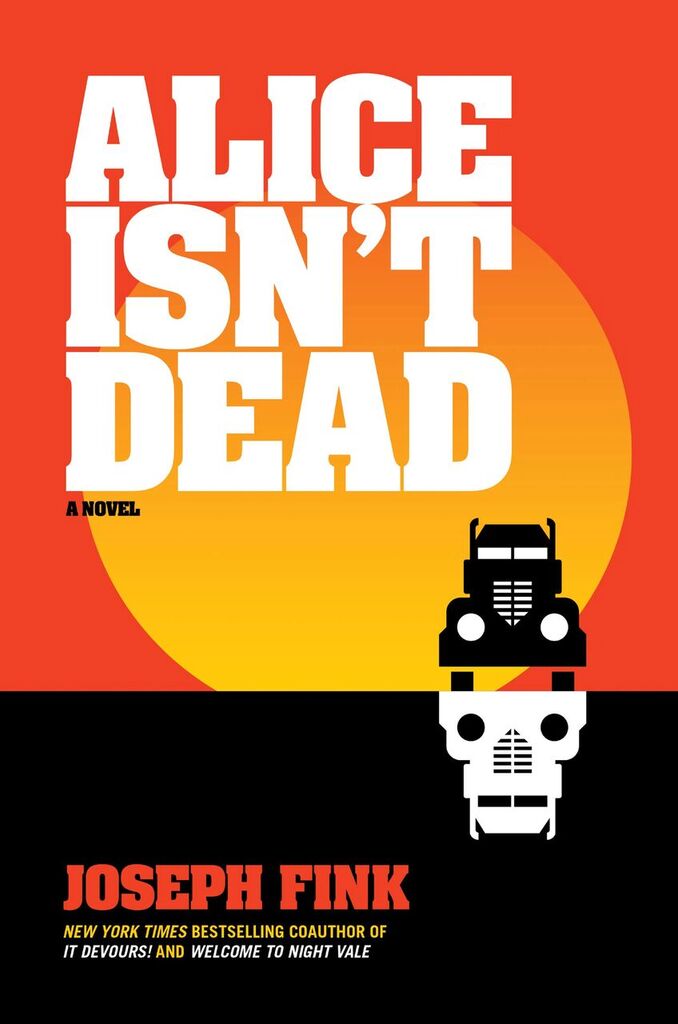 Even as Taylor continued searching, the idea of confronting Alice over her abandonment never crossed her mind, an aspect that is meant to stand out to the readers. The story is as much a journey to find her missing wife as it is a journey for Taylor to stand on her own.

Along her journey, Taylor encountered many people whose lives have been affected by the Thistle Man and the conspiracy. With just as many of them helping her as they are hindering her, Taylor needed to carefully consider who is on her side and who is part of the conspiracy.

The best of humanity is on display in those who helped her, showing that some people assist strangers for no other reason than to help. Conversely, those who were against her represent the most reprehensible traits of humanity, being those who will lie and kill to get ahead.

The Thistle Man played on Taylor’s fear of losing control. He is a sadistic killer who stalked her throughout the story, taking pleasure in the terror he instilled in Taylor. Barely human with a gait that implies a lack of even a skeletal system, the people around Taylor had a disturbing tendency to turn a blind eye to the string of killings the Thistle Man had been a part of.

“Alice isn’t Dead” is a wonderfully dark story showing a woman’s journey to reunite with the one she loves while also finding the strength within herself to stand on her own. While a battle between the good and evil in humanity is nothing new to novels, it is still a welcome and well-written story that shows even in the darkest corners of the world, there are still those who will fight for what is right.