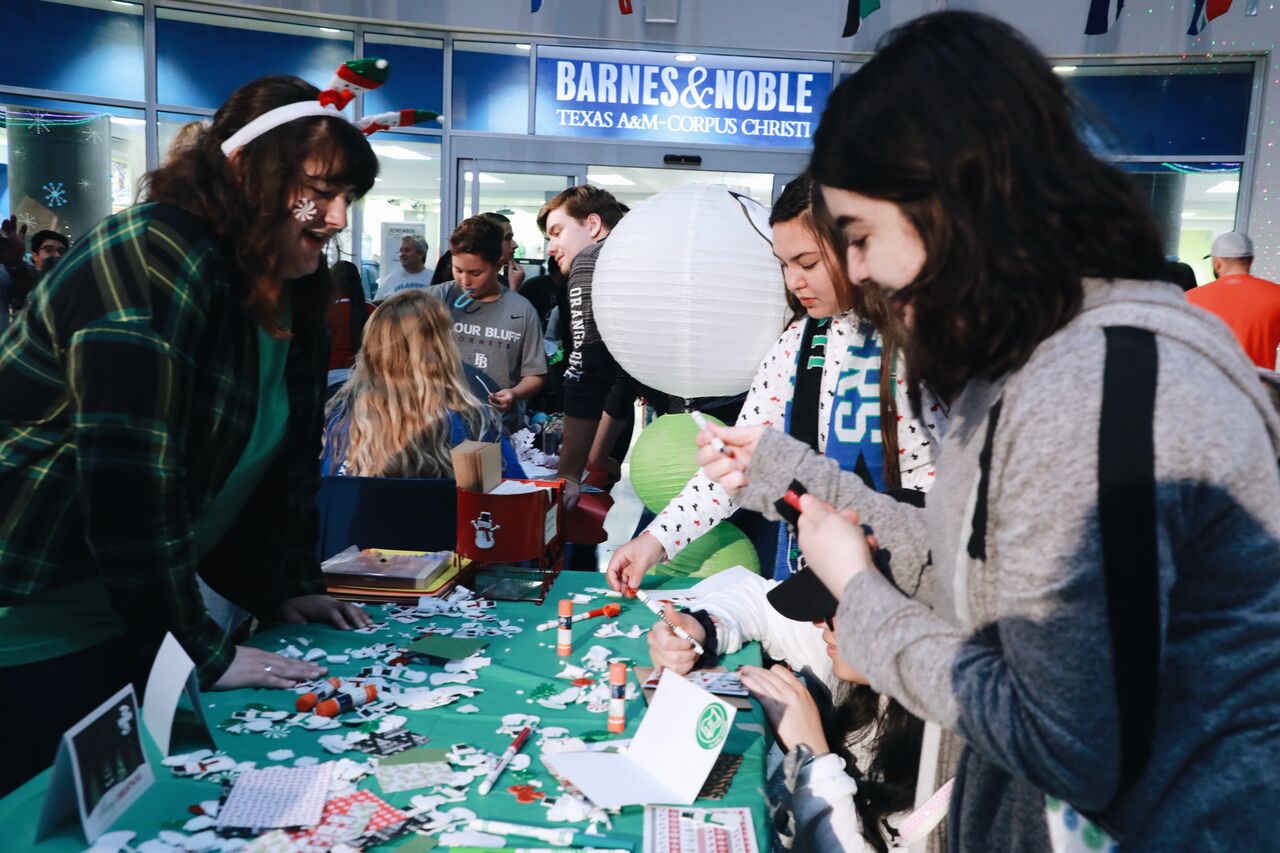 Photo by Ariana Aloia/ISLAND WAVES Islanders and community members were able to participate in crafts and games offered by various campus organizations in the University Center.

Photo by Ariana Aloia/ISLAND WAVES Islanders and community members were able to participate in crafts and games offered by various campus organizations in the University Center.

Last Friday Islanders showed their Christmas spirit by participating in Islander Lights. This was the 13th year that the event has taken place. More than 35 organizations across campus came together to participate in this year’s ceremony.

The first group on the scene were various vendors selling handmade jewelry, clothing and crafts.

The event began at 5:30 p.m. and lasted well into the night. Scattered in and around the University Center were tables from several student organizations offering free activities, games and food.

In one room, there were several inflatable obstacle courses available for children. In another room, Santa Claus made an appearance and was offering free pictures for children and students alike, while islanders read seasonal stories.

Outside, weaving its way around palm trees and sidewalks was a train offering free rides to children and parents. Set up across from the train was a petting zoo, where children played with goats, chicken, ducks and geese.

At 7:30 p.m. attendees made their way to the plaza to witness the Lighting Ceremony. Before turning on the lights, President Quintanilla presented Toys for Tots with a check of $1,500 and announced the collection of over 470 toys.

Toys for Tots is an organization run by the United States Marine Corps. The organization receives toy donations as gifts for underprivileged children.  This was the eighth year Islander Lights has partnered with Toys for Tots.

After the lighting ceremony, the TAMU-CC Music Department held a “Sounds of the Seasons” holiday concert. There were performances from members of various bands and choirs, as well as an interactive sing along with audience members. All proceeds from the concert went to benefit scholarship opportunities for music majors.

If you were unable to attend this year’s Lighting Ceremony, you can still enjoy the Christmas lights and decorations which will be on display throughout the holiday season.