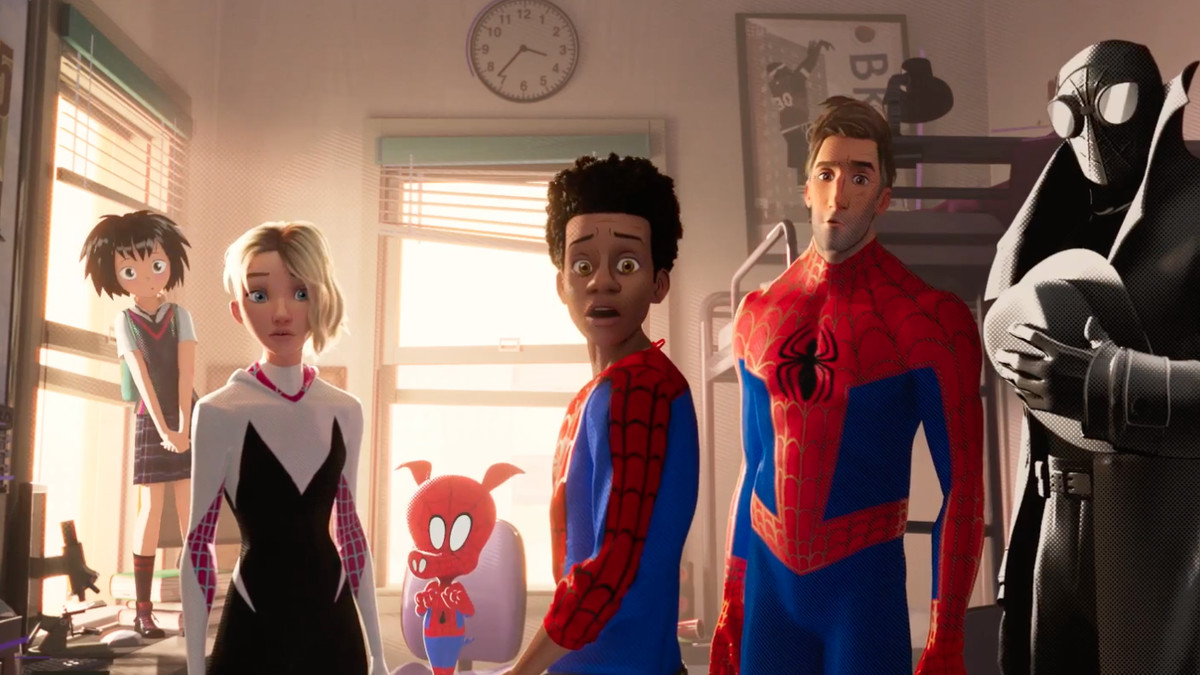 Courtesy of Sony Pictures Animation. The Spider-Men and Women plan for their next move.

Courtesy of Sony Pictures Animation. The Spider-Men and Women plan for their next move.

A marvelously crafted love letter to the ‘Spider-Man’ franchise

“Spider-Man: Into the Spider-Verse,” directed by Bob Persichetti and staring Shameik Moore, Jake Johnson and Hailee Steinfeld, is the latest move to come from Sony Pictures Animation. Released on Dec. 14, it tells a fresh story on the origin of a new Spider-Man, Miles Morales. “Spider-Verse” succeeds in becoming what may well be the best “Spider-Man” movie to date.

Miles Morales, after being bitten by a radioactive spider, believes there is no one else like him in the world. But when other Spider-People begin to show up through a rip in his dimension caused by the Kingpin, Miles will need their help to send them home, save his city and learn what it truly means to be Spider-Man.

“Spider-Verse” is a movie that is everything Spider-Man should be. Funny, action packed and absolutely heart-wrenching when it has to be. As the movie pokes fun at, almost everybody is familiar with the story of Peter Parker. Switching to a new origin story with a new Spider-Man is an amazing way to keep the story fresh. Miles Morales has been around for quite some time in comic form, even appearing as a secondary protagonist in the critically acclaimed video game “Spider-Man (2018).” However, this is his first introduction in the big screen.

Miles is joined in his adventure by Spider-People from multiple parallel realities. Joining him is an older and jaded Peter Parker, Gwen Stacy, Penni Parker, Spider-Man Noir and Spider-Ham. The rich cast of different Spider-People allows for many humorous experiences as they aren’t bound by the laws of the new reality they’ve entered. The animation is beautiful with every scene looking like it was pulled right from the pages of the comics. The action scenes are some of the most amazing to be put to animation with the soundtrack perfectly complimenting these pulse pounding scenes.

Whether you are a fan of Spider-Man or a newcomer to his adventures, “Spider-Verse” is entertaining from start to finish. Along with the action and comedy we’ve come to expect from this franchise, it contains a clear message as Miles discovers how to be Spider-Man in his own way. As quoted from the trailers for the movie, “What makes you different is what makes you Spider-Man.”

“Spider-Man: Into the Spider-Verse” is out now in theaters.