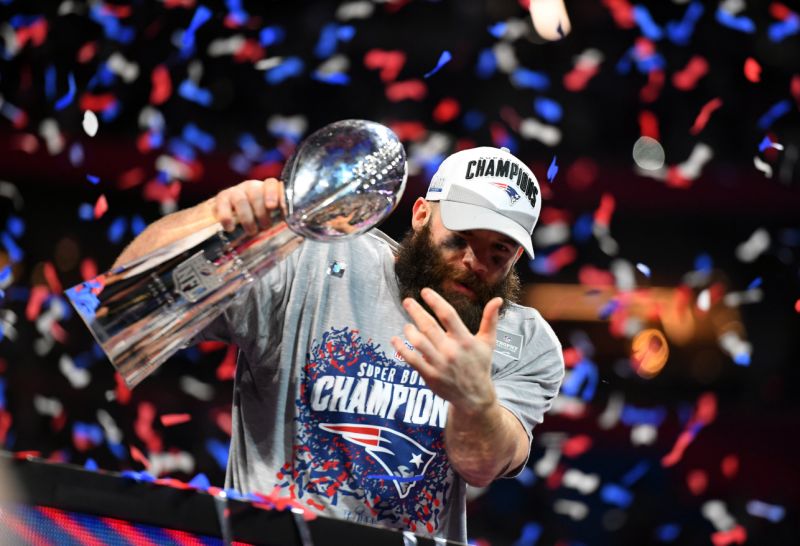 Super Bowl underwhelms, but not a complete failure

What was said to be one of the greatest things to look forward to in the NFL, Super Bowl LIII came in with a whimper.

Performed on the first Sunday of the month of February, the latest Super Bowl saw the Los Angeles Rams take on the New England Patriots to face off in Atlanta, GA for a chance to win the Vince Lombardi trophy. What should have been one of the most anticipated sporting events, the big game was met with huge criticism.

Many felt that for a game for two teams that no one really wanted to see at the Super Bowl, they would at least get an entertaining game. Most were ultimately disappointed as it was a mostly defensive game as there wasn’t much offense. But this is what made the Super Bowl great for nursing major Andrew Deases to watch.

One of the highlights of the game for Deases was the punters on both teams that are mostly overlooked in a do or die games such as major championship games. “It showcased a position that doesn’t get a lot of credit and is an afterthought,” said Deases, “I think the Patriots were able to prove that punting can get you a long way in the game if it’s done right.”

Another part of the Super Bowl that was under heavy criticism was the halftime show starring Maroon 5, Travis Scott and Big Boi. One of the major criticisms was the tribute to “Spongebob Squarepants” to honor Stephen Hillenburg, the shows creator who passed away last year by performing “Sweet Victory,” a song performed in the “Band Geeks” episode that only got a brief section that segued into “Sicko Mode” by Scott.

“You expected one thing and didn’t get the other, it left a salty taste in my mouth, but I guess some recognition is better than none,” explained Deases. It was stated that Spongebob himself or Adam Levine would perform “Sweet Victory” on stage, but viewers were treated to a 10 second intro with Squidward introducing Scott which angered many fans.

Deases ultimately watched the game to see the Patriots lose and although he didn’t see the outcome he wanted, it was enjoyable watch still. And he concluded that he hopes to see the Denver Broncos in the Super Bowl next year. 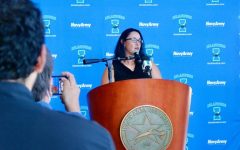 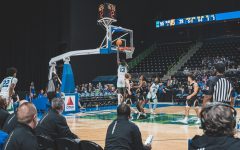 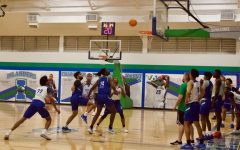 Lutz plans to build a championship program for men’s basketball 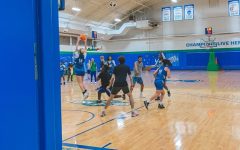 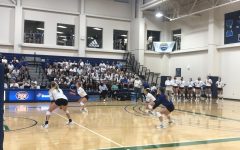