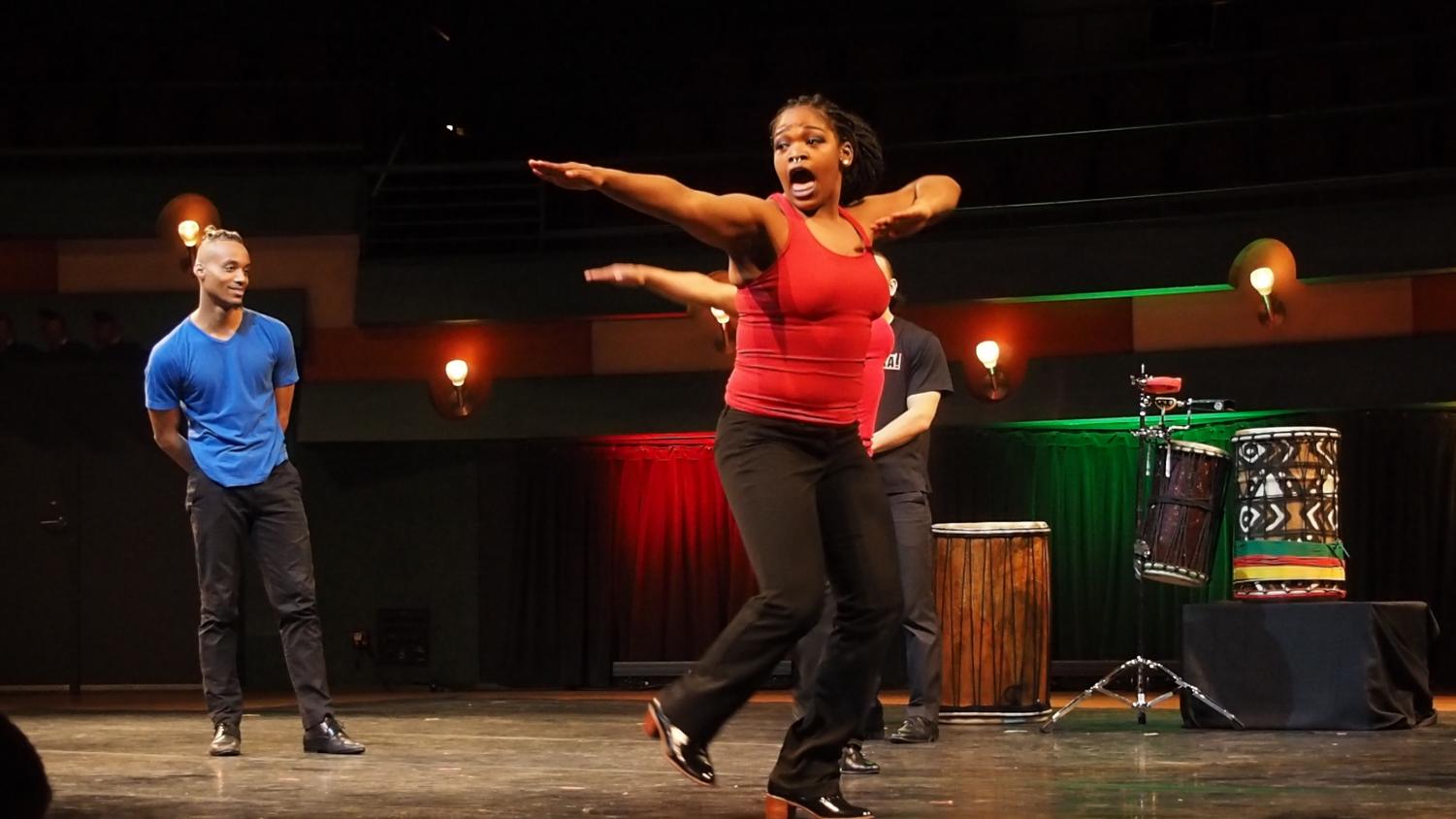 Photo by Jonathan Garcia/Island Waves Step Afrika! performer Deatrice Clark shows the crowd how it's done with a friendly step-off as Jordan Spry watches on.

Photo by Jonathan Garcia/Island Waves Step Afrika! performer Deatrice Clark shows the crowd how it's done with a friendly step-off as Jordan Spry watches on.

“The more energy you give to us, we will give right back to you!” said Step Afrika! performer Emanuel Chacon.

Chacon then announced a dance challenge between the “ladies” of Step Afrika! and the “fellas.”

The audience cheered as the teams battled for victory. The ladies won the first round while the fellas won the second. Before battling for the third and final round, Chacon announced, “We step better when we step together.”

Performers then entered the audience and asked for volunteers to join them on stage to learn a stepping routine. The crowd cheered as the young volunteers learned the step routine led by Chacon.

Evans led the tutorial for the step, then let the newly trained steppers try out the routine on their own in front of the rest of the audience.

After the new steppers gave their performance, the Step Afrika! team showed a few more styles of stepping, including the “gumboot” dance.

This dance was created by South African miners who wore gumboots to protect themselves from the harsh working conditions. By slapping the boots and creating a rhythm, the miners were able to create a unique form of communication.

“I’ve never seen anything like it,” said audience member Hannah Gomez, “The way they make sounds through the boots to communicate is really something.”

The finale was a group performance by the Step Afrika! dance team. The performers then encouraged the crowd to visit the Step Afrika! website, www.stepafrika.org to learn about scholarship opportunities for those who attended the event as well as invite the audience to attend Step Afrika! tryouts in Washington D.C. on May 18, 2019.