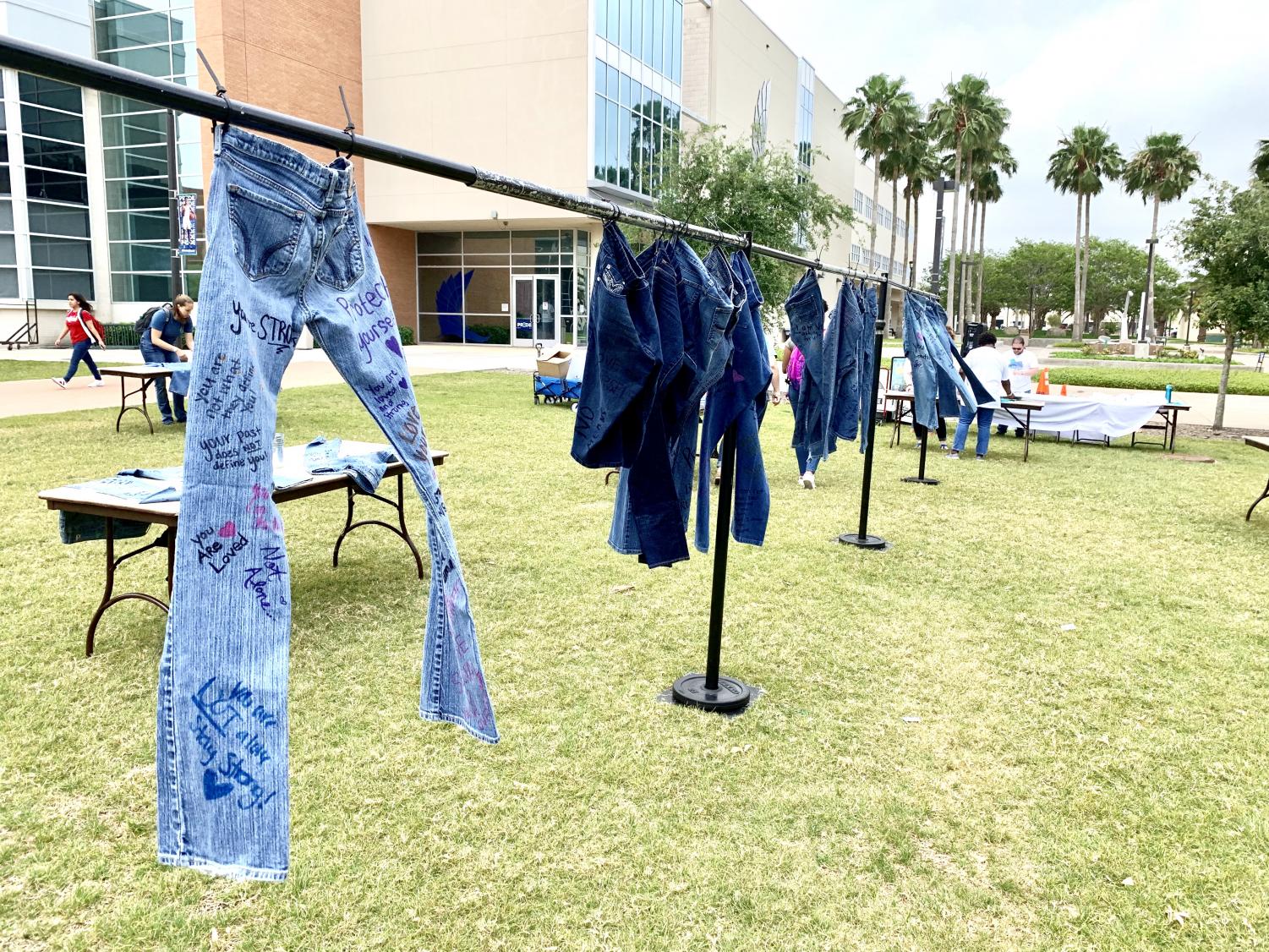 Photography courtesy of Benji McDaniel/ISLAND WAVES - Jeans are displayed to represent the support of victims of sexual assault.

Photography courtesy of Benji McDaniel/ISLAND WAVES - Jeans are displayed to represent the support of victims of sexual assault.

On April 24, students and community members came together on campus at the East Lawn to write words of solidarity to sexual assault victims on pairs of jeans. They also learned facts about sexual assault, such as how one woman is assaulted every 98 seconds in the United States.

Denim Day is a day that brings awareness to sexual assault victims all around the world. Jasmine Harris, Student Conduct officer in the office of Associate Dean of Students, said, “Denim Day is a day celebrated world-wide because of an event that occured in 1998.”

Harris explained that a girl in Italy was raped by her driving instructor, but after the event occurred, the man was released from prison.  His case was overturned due to the Italian Supreme Court’s reasoning that the jeans the girl was wearing during the time of the incident were too tight and there was no way the instructor could’ve gotten the jeans off without her help.

As a result, Denim Day was created and people across the globe wear denim to bring recognition and support to the girl.

The goal of honoring Denim Day on campus was is to bring more awareness to the facts of sexual assault because of how it affects so many people. It’s a real thing that happens everyday and the more aware and alert you are about it, the bigger the chance that you could potentially help stop it.