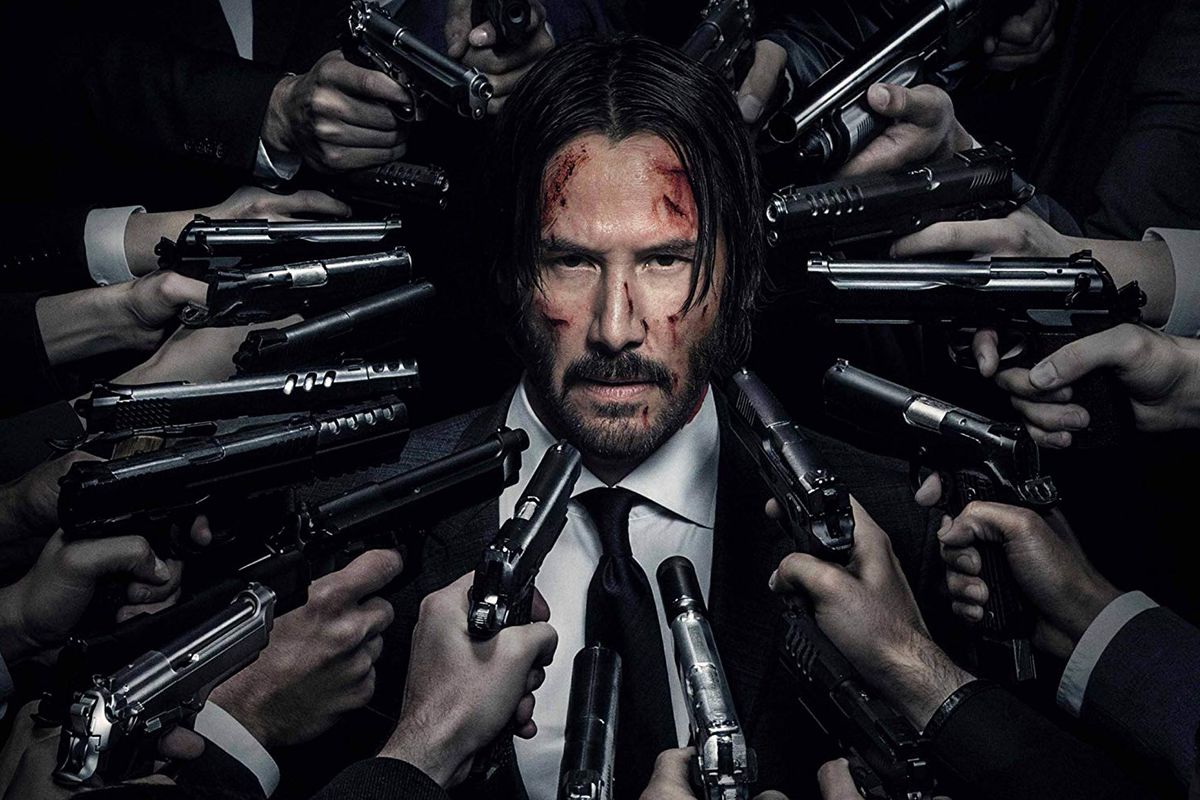 Image courtesy of Lionsgate: John Wick fights for his life against a world of assassins in latest movie from the franchise.

Image courtesy of Lionsgate: John Wick fights for his life against a world of assassins in latest movie from the franchise.

“John Wick: Chapter 3 – Parabellum” is the third installment in director Chad Stahelski’s pulse-pounding action thriller film series. The movie stars Keanu Reeves as the titular character, with Laurence Fishburne and Ian McShane reprising their roles as The Bowery King and Winston, respectively. Halle Berry also join the cast as ex-assassin Sofia along with  Mark Dacascos Japanese assassin Zero. Continuing shortly after the end of the second movie, “Parabellum” further develops Wick’s personal journey as well as the lore of the world around him.

Shortly after Wick’s unsanctioned killing of High Table member Santino D’Antonio, Wick has been declared excommunicado by Winston and has a $14 million bounty placed on him. Now with every assassin out for him and no sanctioned resources available, Wick searches for a way out of this deadly situation.

Calling in every favor that he has, Wick will gather what few allies remain just so he can survive. Meanwhile, a High Table adjudicator demands penance from those who allowed D’Antonio’s death, giving ultimatums to both Winston and the Bowery King. With time running out on them, the three will do whatever it takes to survive.

“Parabellum” raises the stakes with Wick’s adventure. Now that every assassin is out to claim the bounty on him, the action scenes contain much more hand-to-hand fighting and use of blades than the previous two installments. Reeves does many of his own stunts, having gone through intensive firearm and martial arts training to prepare for his role in the franchise.

Seeing the perfectly choreographed fight scenes is jaw-dropping and brutal. Each gunshot, punch and cut is brutally depicted as these actors weave in and out of these dazzling scenes.

Berry is a welcome inclusion to the series. Having gone through the same training that Reeves went through to prepare for his role, she plays a perfect partner with Wick while also bringing her own special style to her scenes. Her character Sofia fights alongside a group of attack dogs that assist her in getting the upper hand against her foes.

While the style and choreography are amazing to watch, one of the most impressive things about the series has been that it is a completely original movie franchise. No previous iterations, comic books or novels had been written about Wick or the world he inhabits.

The world is wonderfully fleshed out with barely any exposition. The audience is left to interpret details and statements in the world of John Wick without having to spend the runtime explaining events and knowledge that the characters of this series would already realistically know. The runtime that the movie would have spent expositing is now used to develop the characters in the movie as well as give the audience the best action scenes they could ask for.

“Parabellum” is a must-see for action movie fans and fans of the “John Wick” series. The crew associated with the movie have topped themselves, creating the best movie in the series so far that will keep viewers on the edge of their seats.