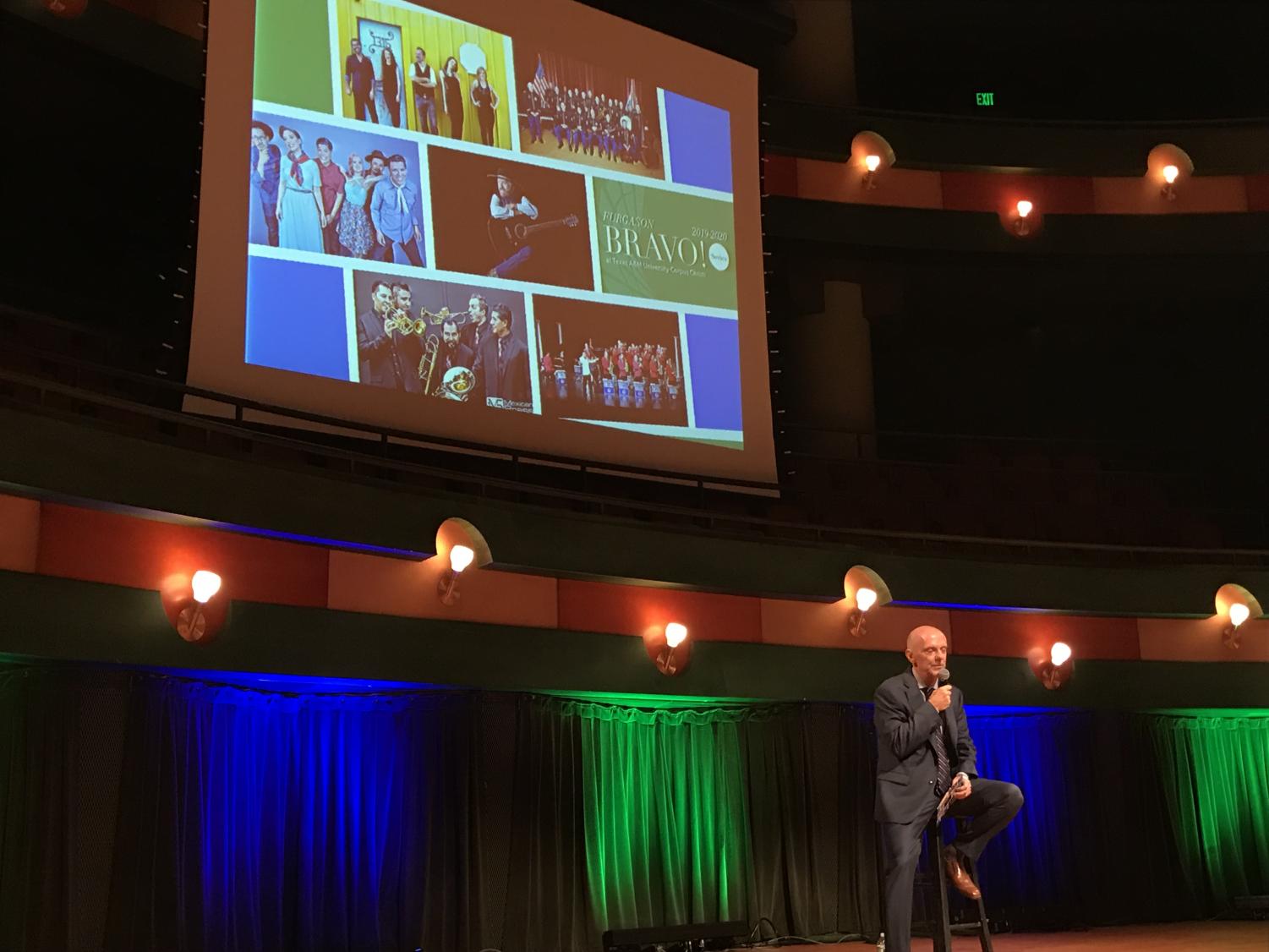 Photo Courtesy of Matthew Tamez: The "Fergason Bravo! Series" will bring many talented musicians to the PAC stage this year.

Photo Courtesy of Matthew Tamez: The "Fergason Bravo! Series" will bring many talented musicians to the PAC stage this year.

‘Fergason Bravo! Series’ is bringing a wonderful lineup to the PAC stage this year

On July 31, the Performing Arts Center held a press conference, led by PAC director Jim Moore, to fully reveal their lineup for the 2019-2020 “Furgason Bravo! Series” as well a show clips of the upcoming performances. With the support of Robert and Gloria Furgason, the “Furgason Bravo! Series” brings many different, amazing performances to the PAC stage. Along with the upcoming “Bravo!” series, the PAC is also looking to celebrate their 15th anniversary in 2020.

The Jazz Ambassadors of the U.S. Army Field Band will be free admission with tickets available only through the PAC Box Office. These tickets are limited to four per person. General admission will be Las Cafeteras at $20/$15, M5 Mexican Brass at $15/$10, and Sybarite5 at $15/$10. Reserved seating tickets will be used for Michael Martin Murphy at $35/$20 and Glenn Miller Orchestra at $35/$25. There will be a 15% discount to individuals who purchase tickets to three performances together, and students will be capable of attending for only $7 with a valid student ID.

“With (Las Cafateras) along with M5 Mexican Brass,” said Moore, “we are sort of becoming the first wave of better representation of the community that we live in. So, I’m really looking forward to Las Cafeteras.”

Having seen previews of what these performers and singers can do, I say that every one of these performances is a must see. The Glenn Miller Orchestra will be a returning performance from last year whose music captivated with songs and sound that some would only hear on the radio or an old record. Michael Martin Murphy will bring the acoustical twang of country music. The Jazz Ambassadors of the U.S. Army Field Band will bring the wonderful sound of jazz to the stage. Sybarite5 will blend music from different decades, and Las Cafateras and M5 Mexican Brass will bring with them an energy that permeates their music.

Students and the community have much to look forward to during this year’s “Fergason Bravo! Series.” Tickets go on sale at the PAC box office and online on Aug. 5.