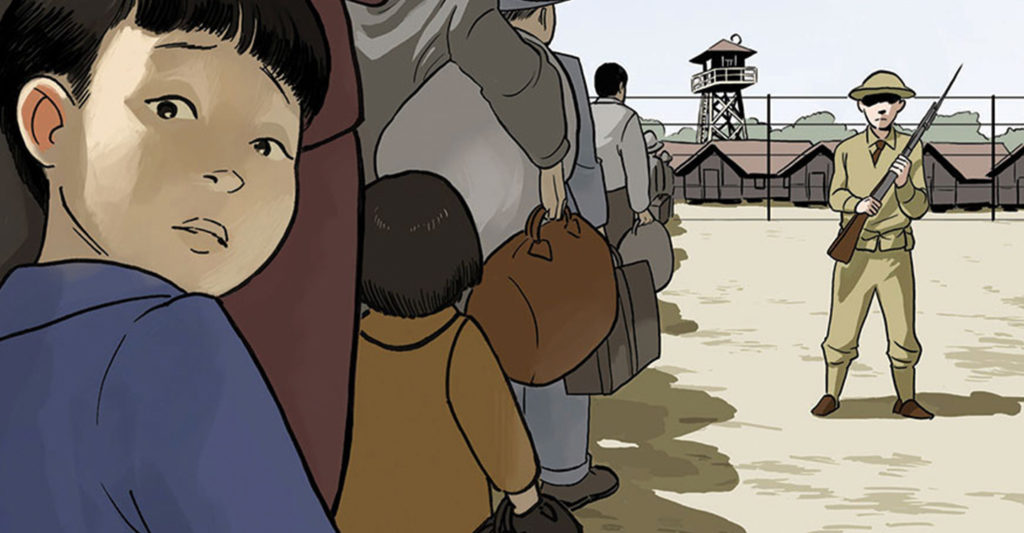 Image Courtesy of Top Shelf Productions/ “They Called Us Enemy” tells the true story of a dark period of American History.

Image Courtesy of Top Shelf Productions/ “They Called Us Enemy” tells the true story of a dark period of American History.

From 1942 to 1945, a 5-year-old Takei, along with over 100,000 other Japanese-Americans, was forcibly relocated to one of many internment camps for potential “nonassimilable” Americans. Fearing espionage from their own citizens, the U.S. government ordered that they be imprisoned unjustly and without trial.

Takei recollects these memories from his youth, remembering his innocence to the injustices he faced while also observing them through the view of a grown adult looking back. He recalls the hard work that his parents had to put in to make their small barracks a home for a family, the treatment from the soldiers stationed to watch them, the sympathy from other Americans who opposed the internment, and the hard road back to normalcy after the internment.

Takei’s memoir of his time spent in the internment camps is a memory that must not be forgotten. The writing is extremely evocative as the message rings clear. The memoir does not just stop with the end of the Japanese-American internment but continues into Takei’s adulthood and growing acting career.

The writing on what happened to the Japanese-Americans is relevant now more than ever. The memoir continues by speaking out about current events and the beauty of the American democracy’s ability to cause change.

Along with the wonderfully written words of Takei, Eisinger and Scott, the memoir is also fully illustrated by the talented Becker. Her art brings life to the words of the writers as she shows the reader the events described. Each scene that she draws brings a perspective that just wouldn’t be possible from a purely written medium, making it accessible to graphic novel enthusiasts.

“They Called Us Enemy” is a wonderfully written and emotionally moving memoir of a period of American history that is often unacknowledged. Takei takes the memories of a tragic, unjustified imprisonment of an innocent culture group and injects a sense of hope by also praising the ways our democracy can be used to right the wrongs of the past.

Although he displayed some regret that his father passed away before being able to witness the Civil Liberties Act of 1988, which granted reparations to surviving Japanese Americans who had been interned, he expressed amazement at our democracy. The authors wrote, “That makes an amazing statement about this country. It took awhile, but it did apologize.”

“They Called Us Enemy” is a must read. It is just as relevant today as it would have been almost 80 years ago.