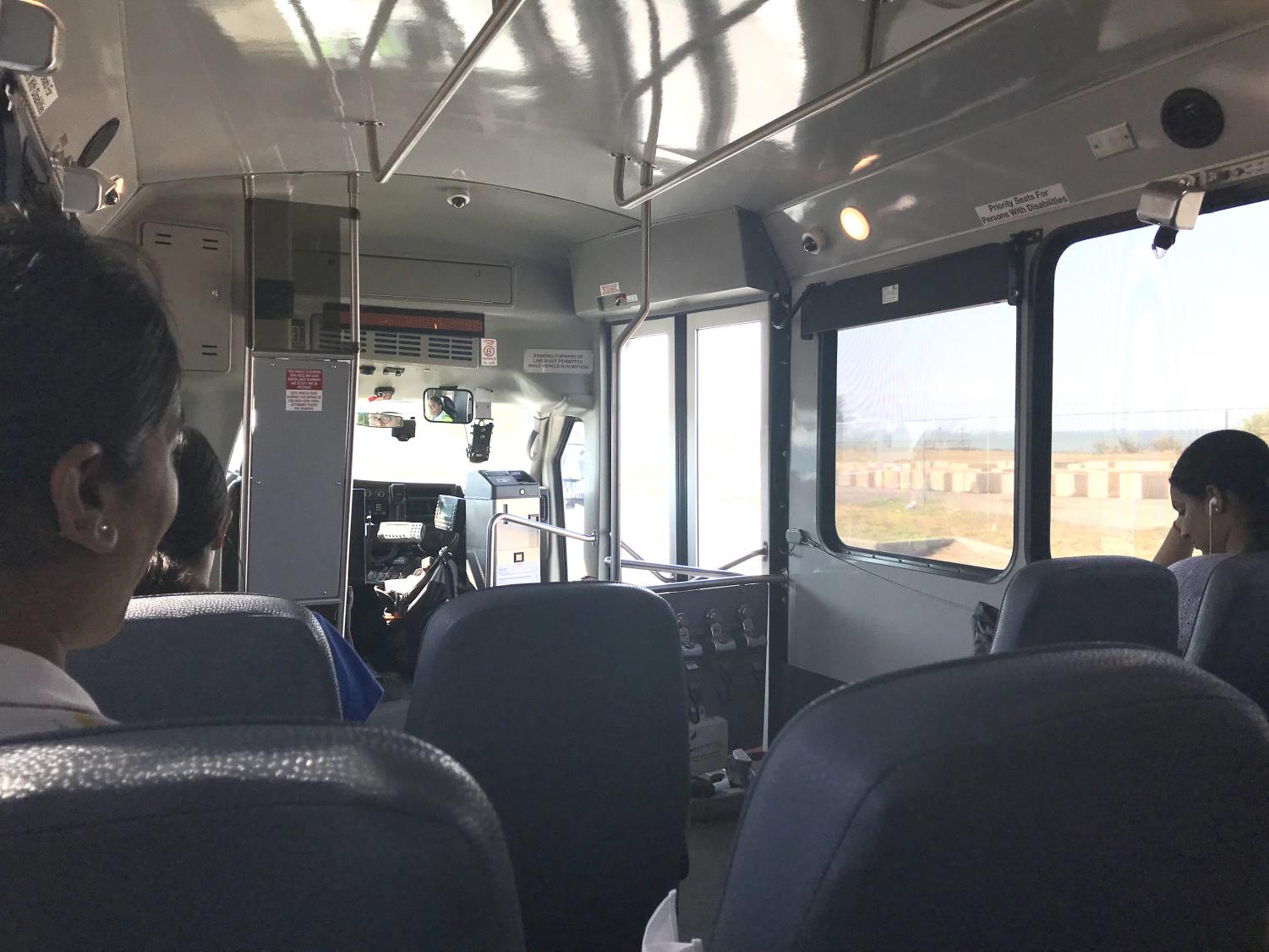 With the first week of the fall semester of 2019 over, some students have had time to get used to the new pilot flex route 93, which replaced route 63 “The Wave.” Flex route 93 works on a fixed route along Ennis Joslin and Momentum Village but can be called to a series of “flex” stops to pick up students as far out as Flour Bluff.

The reaction to the route 93 has been somewhat mixed amongst those who use it.

“I find it a little inconvenient,” said Kriti Vashisht, a PhD student in counselor education. “Route 63 was pretty particular. Now we have to wait an hour for it to come. I know it’s convenient for those who can call them and go wherever you want to, but it’s only one bus right now.”

Another student spoke about there being only one Flex route.

“I think 63 is far better than this,” said Yeswanth Peddineni, a postgrad in computer sciences. “I think it’s just a bad idea. It shouldn’t have just one person.”

Not all users of route 93 have been as critical of the new system. Some find it very convenient.

“I think it’s really convenient when you’re waiting for the Momentum shuttle bus and you see this one,” said Gabby Lloyd, a junior in special education. “Even if someone requests a ride, anyone can get on it. I think it’s just convenient that they added another route.”

Route 93 is a completely new type of transit that the city of Corpus Christi is still improving.

“We initially started at 12:15 p.m.,” said Rita Patrick, the Corpus Christi Regional Transit Authority Marketing Director, “but we quickly changed that to accommodate students in various areas who come in earlier at 7:30 a.m. We have had no issues thus far with starting at 7:30. Out of 75 calls (on Wednesday), we only had one complaint.”

“We’ve done a lot to outreach with Islanders to explain how the Flex route works,” said Jeremy Sirio, the Marketing Production Coordinator. “We do a lot to communicate.”

The decision to remove route 63 came about from a desire to get students where they need to go quicker.

“A lot of the stops on route 63 are duplicated on route 37 and route 5,” said Stephanie Box, the University Housing Officer. “Route 37 comes to Momentum campus and route 5 comes to the Island Campus. When we looked at the RTA route, we saw there was an overlap there.

“If students are having concerns, they can provide that feedback to RTA directly. RTA loves to hear from their ridership on what their needs are. They can adjust the bus stop and the route time or possibly add another bus, depending on the feedback that they get from the riders. This is a pilot route. We are testing it to see how it works.

“The most complaints we have received was of a lack of information, and we’ve addressed that with RTA,” continued Box, “Being a new flex route, they haven’t updated their website or their app in a timely manner. RTA definitely responded to our concerns about the lack of information and have put out a lot more information as well. I’ve heard a lot of compliments in general about the route, and that they like that they could get to more locations more quickly.”