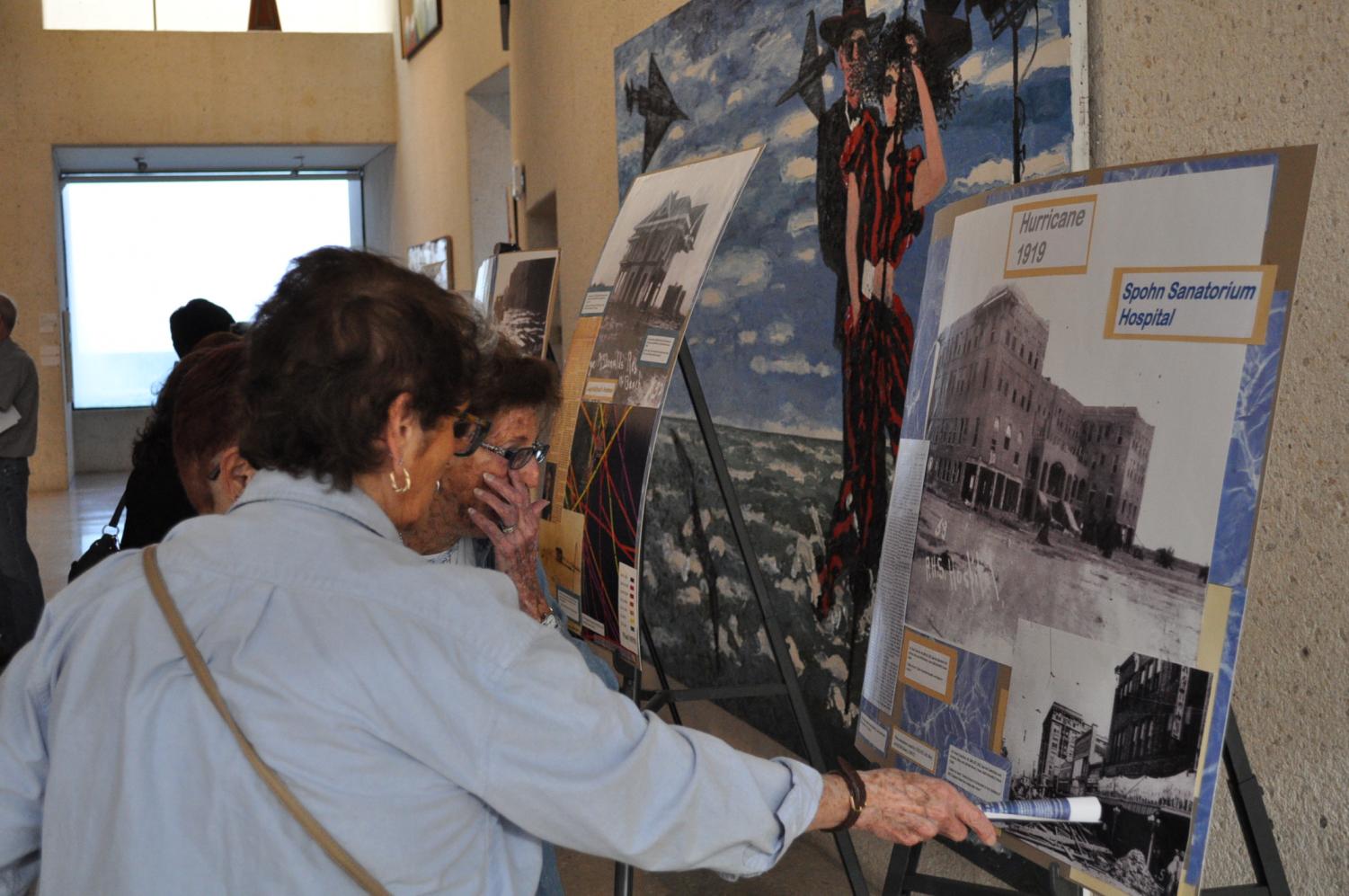 Photos courtesy of Matthew Tamez; Attendees were able to view information and photos on the devastation the hurricane brought.

Photos courtesy of Matthew Tamez; Attendees were able to view information and photos on the devastation the hurricane brought.

On Thursday, Sep. 5, Texas A&M University-Corpus Christi kicked off their “Remembering the Hurricane of 1919: 100 Year Anniversary” series with “The Hurricane of 1919 in History and Heritage,” an event held at the Art Museum of South Texas to recall the natural disaster that claimed as many as 1,000 lives.

The event featured Dr. Alan Lessoff as the keynote speaker. Lessoff is a professor of History at Illinois State University and author of “Where Texas Meets the Sea: Corpus Christi and its History.”

“How cities respond to such disasters and how Corpus Christi responded to such a disaster is something to keep in mind,” said Lessoff. “You just have to look around and see. You can’t understand the cities that we are talking about without understanding both the storm and what happened afterwards. There have been other hurricanes which have done a lot of damage to other cities, but this was the one that was most decisive in this becoming a significant city.

“You can’t understand what changes might be made in the future unless you understand the city that emerged after this,” continued Lessoff. “One of the things you need to focus on is not only the immediate recovery, but how a whole host of interests groups were interested in this spot then used the fact of this storm to argue for a physical and engineering reorganization (of Corpus Christi).”

The event had a rather sizeable turnout. Dr Claudia Rueda, the faculty member spearheading the event, said that they counted 95 attendees. Those present were able to interact with Dr Lessoff during a book signing after the event while the restaurant Hester’s offered drinks and dessert.

“We live on the island and we’ve been there for 41 years,” said Kent Ullberg, an accomplished sculptor. “I’m an artist, a sculptor in town. I’ve done many other public sculptures, so I know Dr. Lessoff. … I wanted to be here to hear his story. Of course, now we have a hurricane coming up the East Coast, and our son lives in Florida. We’ve been worried all the time, so I thought it would be appropriate to go ahead and hear about the hurricane here by a famous historian.”

“I was very interested in (The Hurricane of 1919),” said Gretchen Arnold, an attendee to the event. “For whatever reason, I’m not sure why, it was quite devastated but very overshadowed. Everybody remembers, even people that live here, remember the Galveston hurricane. They remember other devastating hurricanes, but they don’t remember the 1919 Hurricane.

“It truly changed the landscape of the city,” continued Arnold. “Where we’re standing all the way to the Bluff was basically water. We live in a completely different environment because of the hurricane. What do we learn and what do we not learn in terms of urban development and how we recover and move on?

“My husband is 70 and I’m 61,” continued Arnold,, “and we are still lifelong learners and love going to stuff out on campus and stuff the campus brings to the community. You’re never too old. Just keep on learning.”

The event will be followed by “100 Years After the Storm,” a free and open event to be held at the Mary & Jeff Bell Library featuring Mary Jo O’Rear, an author, historian and Islander Alumna.