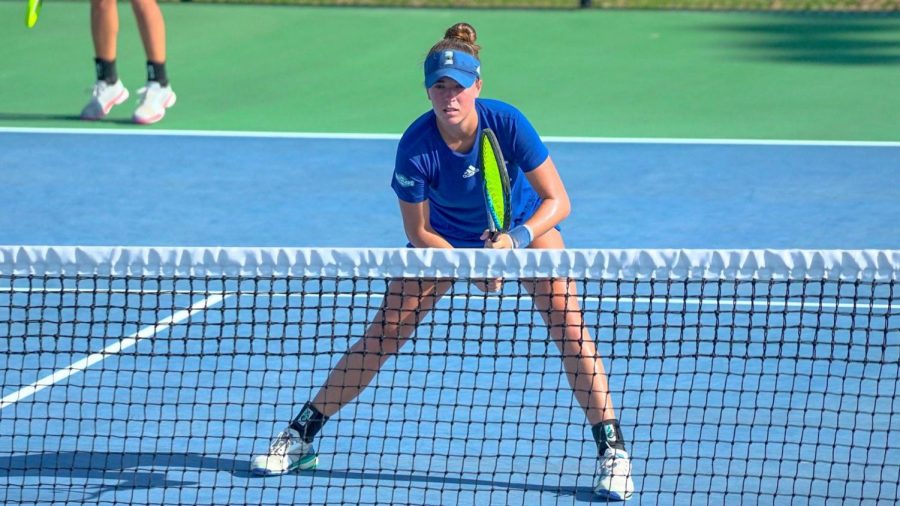 On Sunday, Sept. 15, 2019, TAMU-CC tennis team competed at the Contender Crossfit Islander Open at the Thomas J. Henry Tennis Center, where they took on opponents Rice, UTSA, Incarnate Word and others.

The first day of competition on Saturday, freshman Pascal Lorieul lead the way with 3-6, 6-3, 6-0 wins in men’s singles over Adrian Martinez. The top 40 French national continued his reign of terror with a 7-6 men’s double victory alongside Kyohei Yamanaka.

“This weekend I won two good matches despite losing the first set in both of them,” said Lorieul. “I think as a team we did very well overall, especially the girls because of their success.”

The Islanders continued their path of success with athletes Carlos Ruiz, Guillermo Castaneda and Jonathan Christie all dominating their opponents in the men’s singles.

Starting off day two in the men’s category, junior Kyohei Yamanka defeated Carlos Izurieta in a 6-2, 2-6, 10-5 thriller to secure a win in the A Draw singles consolation bracket. The Japense star tennis player was one of the most highly recruited junior tennis players in Japan and is coming off an impressive sophomore season with All-Southland first team recognition.

Day two left the Islander women’s team victorious all across the board with dominating victories in nine singles and doubles matches, advancing themselves to the Rice Invitational on Sept. 27. In the women’s singles, juniors Kei Kato and Jordan Ortega-Mendez succeeded in winning the All Islander B and C Draw singles title matches. The following hour, Ortega-Mendez and junior Carolina Bulatovic won the B Doubles draw with a 6-1 victory over Abilene Christian. Sophomores Camille Townsend and Mariya Shumeika will play for the A Draw singles title on Wednesday. The pair won the A Doubles draw with a 6-4 victory over Rice.

Overall, the Islanders swung past rival opponents, winning eight singles matches and three doubles matches on the second day of action. The Islanders won an impressive five titles, including three All-Islander championship matches with the women going undefeated throughout the day in both singles and doubles.

If you want to check out the scoreboards, click here.