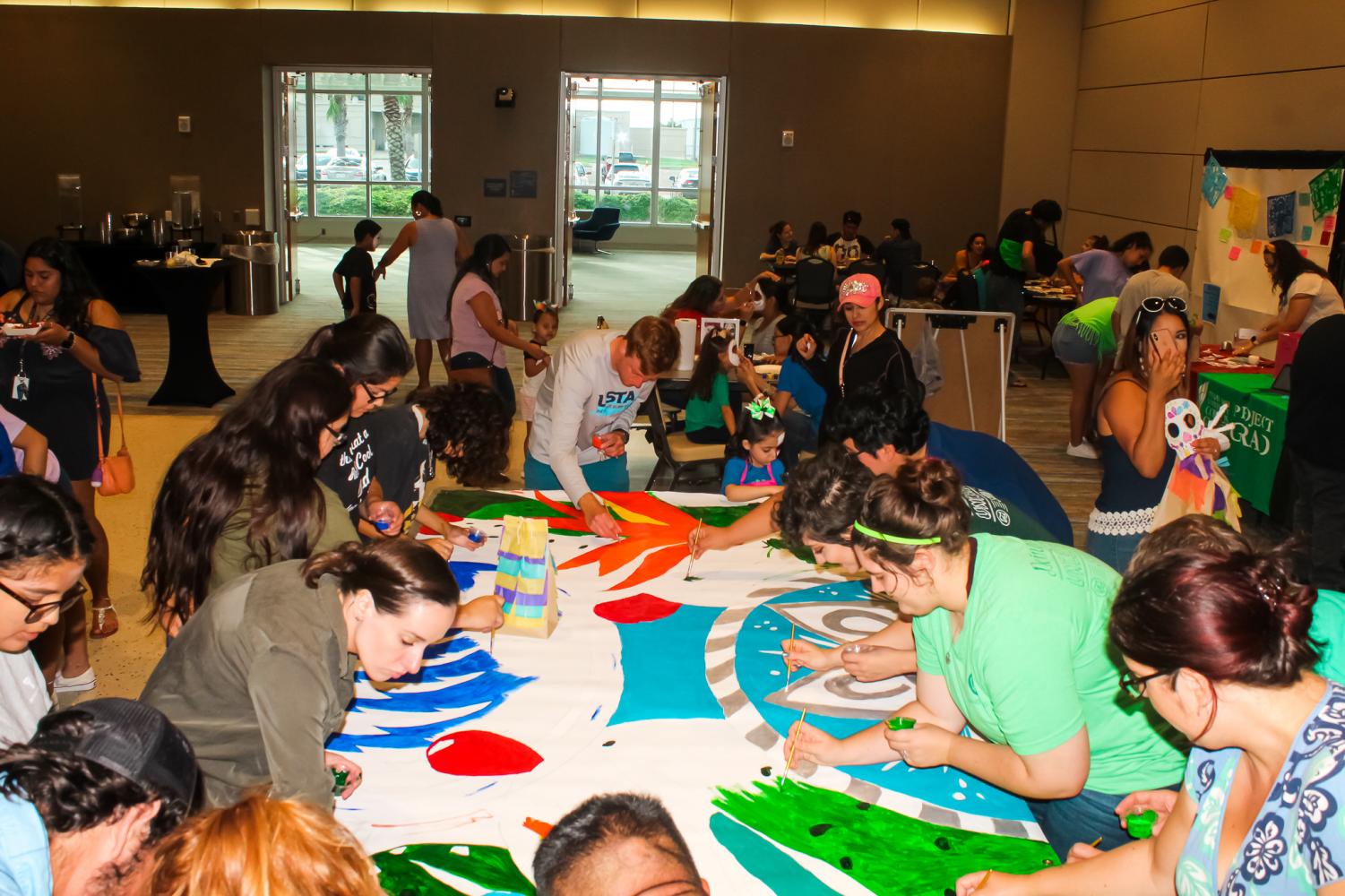 Photos courtesy of ISLAND WAVES / Event attendees work hard into the evening to finish the mural.

Photos courtesy of ISLAND WAVES / Event attendees work hard into the evening to finish the mural.

Texas A&M University-Corpus Christi gave students a chance to show off their art skills by painting a mural as part of Hispanic Heritage Month.

The event was hosted by TAMU-CC alums Mayra Zamora, Sandra Gonzalez and Monica Marie Garcia, known as the group Las Muralistas. The event was sponsored by Island Waves, the College of Liberal Arts and Academic Affairs.

The community gathered to help to paint the mural Las Muralistas sketched.

“We’re making it for Hispanic Heritage Month,” said Gonzalez. “Students get to be a part of this. They get to come and paint.”

When putting this event together, Andrea Montalvo-Hamid, who is the coordinator for Hispanic Heritage Month at TAMU-CC, reached out to the former alums.

“We have our alumni,” said Montalvo-Hamid. “We need to bring them back and show what they are doing. This is a great way for them to give back to the university, but also show their creativity.”

Montalvo-Hamid also added that she told Las Muralistas to come up with a mural inspired by the university. The design featured the Islander wave that is located on TAMU-CC Islanders’ logo, while having its own Hispanic Heritage flair to it.

“For this design, it is for embracing our cultures,” said Gonzalez. “That’s why we decided to include confetti, and on the bottom, we included a mariachi hat.” The hat was inspired by Mariachi Del Mar, and on the side were some cacti, trees and the bird of paradise.

Las Muralistas is known for their mural outside the Corpus Christi Caller Times as well as their recent mural for the YWCA. This was the first mural that they have done for TAMU-CC, and for Gonzalez, having an event at her alma mater came full circle for her.

“We’re very happy that we are able to come and paint, and also give something back to the university and to the community,” said Gonzalez. Gonzalez, along with Zamora and Garcia, all received their masters here.

While next year is still up in the air, Montalvo-Hamid is confident that there will be another event like this.

“This is the first year we did it, and now we can reflect,” said Montalvo-Hamid. “Maybe we can get them to paint on one of the buildings. We’ll see where it goes from there.”