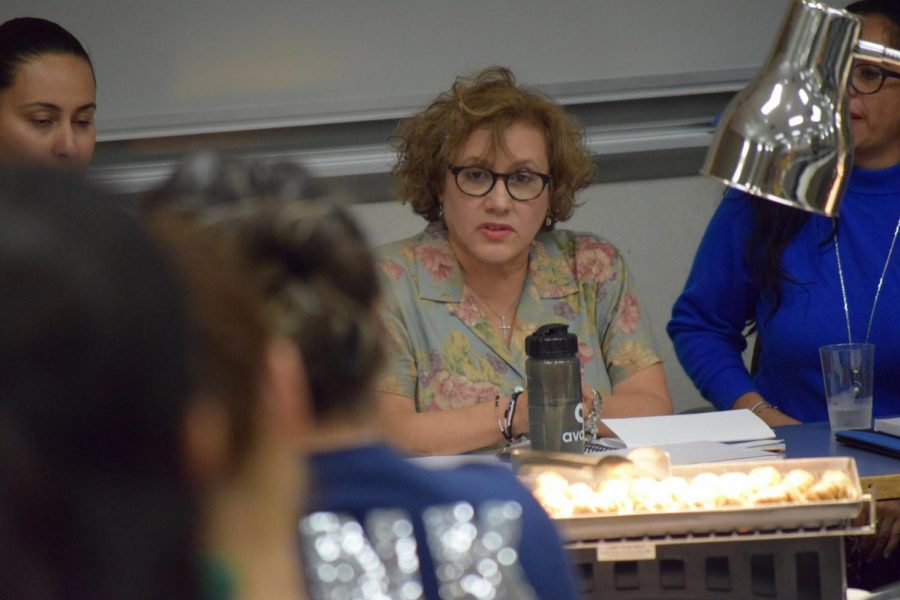 Over a dozen students considering entering into the Spanish teaching profession were able to learn from those working in the field during a Spanish Teachers Panel event, held Oct. 2 as part of the university’s Hispanic Heritage Month celebration.

Each panelist discussed in Spanish their experiences and challenges faced while working in the profession, while recounting what it was that they most loved about teaching.

One prevailing theme was the emphasis on how some of the panelists grew up at a time where speaking Spanish in classrooms ran the risk of punishment from instructors or school officials. According to Barbosa, while things have changed since then, students who speak Spanish as their first language can still face challenges.

“It’s different. It’s not violent anymore, but they still have policies that make children believe that speaking Spanish is wrong,” Barbosa said. “That there is something intrinsically wrong with their language. And these ideologies have consequences for the kids. It hinders them from learning English because they cannot participate.”

For Barbosa, and echoed by other panelists, this means Spanish teachers also become advocates for those students in encouraging them to use whatever linguistic resources are available to them to excel. But this advocacy role also extends into other areas, particularly in regards to diversity in the classroom wherever they may end up teaching.

“I think the main idea for when you are to prepare a teacher is to prepare the teacher to encounter diversity, and to respect diversity and to advocate for diversity,” Barbosa said. “Because we are all different. Here in South Texas, it’s very well-marked how we speak different languages. But anywhere you go there will be different cultures, different religions, and when there’s no respect for diversity, you have conflict. And that’s what we try to avoid through education. I think education has this role — of avoiding conflict by fostering respect. I think that’s how we can prepare them to go anywhere — not just South Texas.”

For Jimenéz, the ability to speak Spanish isn’t just a skill, though she maintains it does have the potential to open doors career-wise. But it also extends into something deeper, into a means of reclaiming an identity and heritage.

“It’s so important for Chicanos to know where they come from,” Jimenéz said. “Where their roots are. And that’s why we fight for them. Every single day. We fight to this day, with tooth and nail, to keep our language. To keep our heritage.”