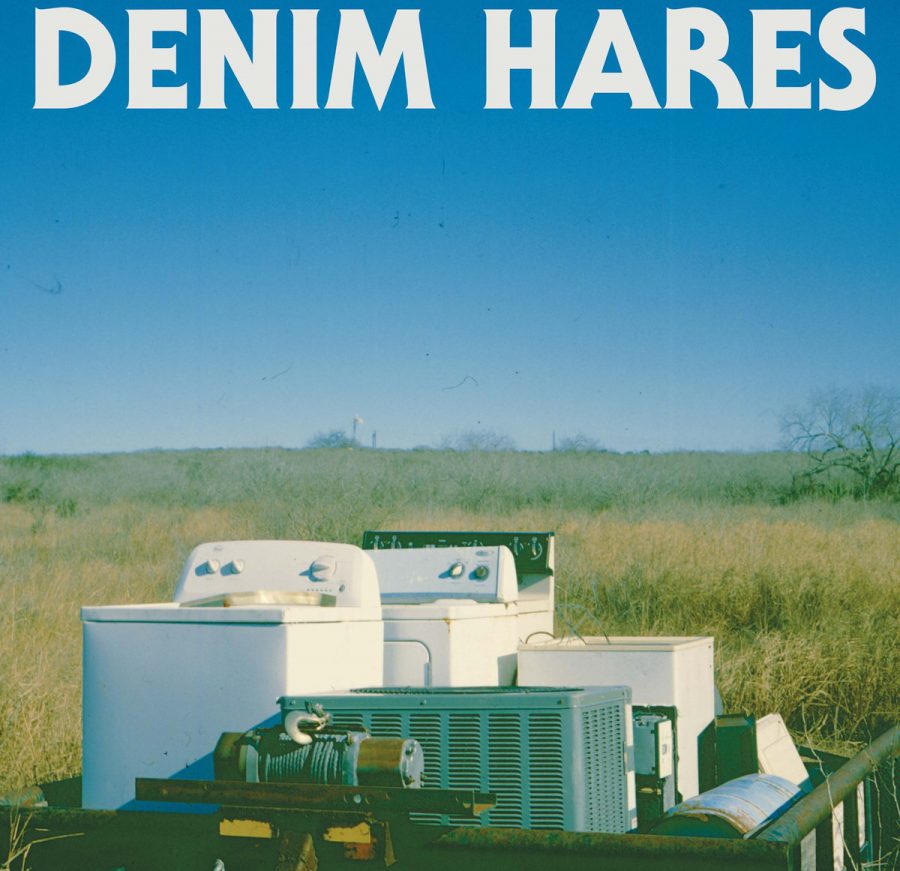 It seems fitting that, for their first full-length album, Denim Hares recorded and engineered the tracks at local venue The NASA.

It is, after all, a floor they’ve graced numerous times — the trio’s brand of pulsating garage rock beckoning numerous crowds over the years to vibe out, dance, and lose themselves in a torrent of enticing melodies and hypnotic grooves.

Opening track “Waiting at the Gate” sets the tone as lead vocalist and guitarist Chadd Petty’s screamed-sung lyrics float over a melody that fluctuates between jangly tones and a healthy dose of fuzz. An acoustic break on the following song, “The Mess,” lulls listeners through a dreamlike narrative before launching into a storm of reverb and thunderous rhythms from drummer Chris Valdez and bassist Tony Colunga.

One of the standout moments comes on “Up to the Plate,” something of a ballad which melds cautionary lyrics with a somewhat country-tinged melody. It’s a brief moment of calm following the ferocious punk energy of “Row Back,” as perfect a representation of the band’s duality as any other segment on the album. But “Up to the Plate” evolves into something further, the narrative undulating over chords before receding into a hypnotic guitar solo not unlike the waves of the “deep black sea” referenced in the lyrics.

The band shifts gears on B-side opener “Tied Up By a Girl.” The track meanders through a slow, mesmerizing groove punctuated by cryptic lyrics and distortion before the tempo picks up. This energy is short-lived, however, quickly dying out — perhaps too soon — before giving way to the next track.

Another standout moment comes in the penultimate song “Dunes,” an earworm of a track that rests on an ascending bridge that leaves listeners humming along. Denim Hares are a fun band, and it’s tracks like this one that perfectly capture that essence through sing-song melodies and a vibe that takes listeners back to memories of careless summer nights.

Overall, this is a debut that encapsulates well Denim Hares’ output over the years. In it, listeners find not only a potent assemblage of tracks from a trio of Corpus music scene stalwarts, but also a fitting milestone that adds to local musical history while priming the band to enter the new decade strong.

Stream and/or purchase the album at https://denimharescctx.bandcamp.com, and keep an eye out for the LP at your local record store.