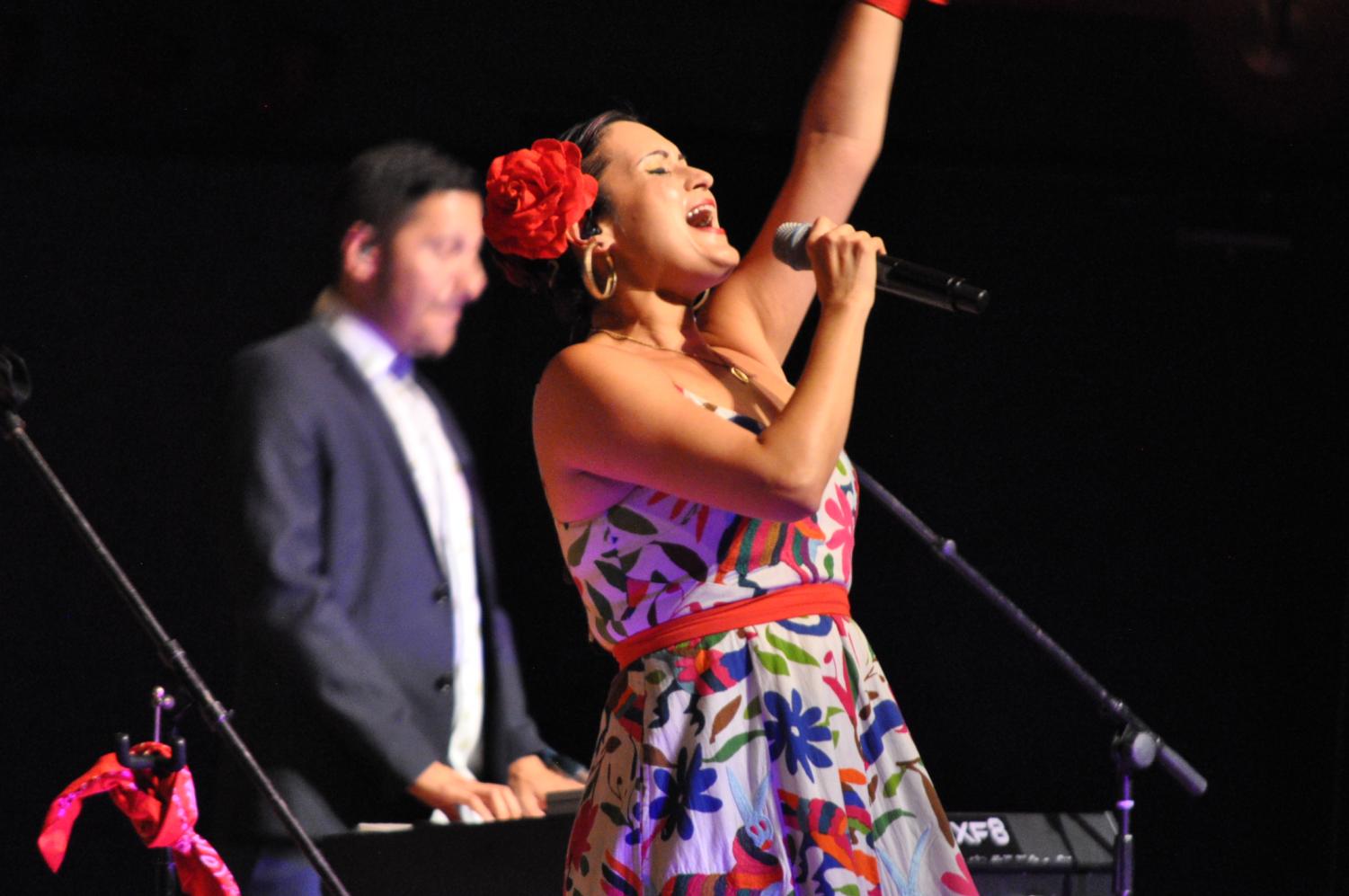 Matthew Tamez/ISLAND WAVES – The members of Las Cafeteras are extremely passionate about their music.

Matthew Tamez/ISLAND WAVES – The members of Las Cafeteras are extremely passionate about their music.

Hispanic Heritage Month has seen many fun and interesting events, from the Hispanic Culture Festival at the Texas State Aquarium to a fun night playing Loteria. However, the best was certainly saved for last.

On Oct. 19, Las Cafeteras came to the Performing Arts Center at TAMU-CC as the first part of this year’s Ferguson Bravo! Series. Las Cafeteras is a Chicano Band that spreads positive messages through their Afro-Mexican music and energetic performances.

Denise Carlos, Daniel J. French, Jose Cano, Hector Flores, Jorge Alejandro Mijangos and Xocoyotzin Moraza brought an extremely high energy performance to the Performing Arts Center. With music that was easy to get lost in and musical skill that is a delight to be heard live.

Their music spreads a message of peace, love and justice. The band hails from east of the Los Angeles river and mixes English and Spanish in their songs while also remixing other genres of music such as hip-hop and rock.

As Las Cafeteras played their music, members would dance along and even invite participation from the audience. Ranging from something as simple to asking them to stand, to offering a microphone to members in the front row, all the way to inviting a large number of audience members on stage for their final performance for the night.

“I head about them because I follow them on social media,” said Elana Flores, an alum of TAMU-CC. “(Their performance) was amazing. So powerful and it resonated so much with the culture.”

“It was very insightful,” said Amy Vaiz. “I had never heard music like it. I liked how they put their spin on everything.”

Las Cafeteras ended Hispanic Heritage Month with their wonderful music, as well as kicked off the Ferguson Bravo! Series. The series will continue with the Jazz Ambassadors of the US Army Field Band on Nov. 4, Michael Martin Murphy on Dec. 15, M5 Mexican Brass on Feb. 2, Glenn Miller Orchestra on Feb. 20 and Sybarite5 on Feb. 22.