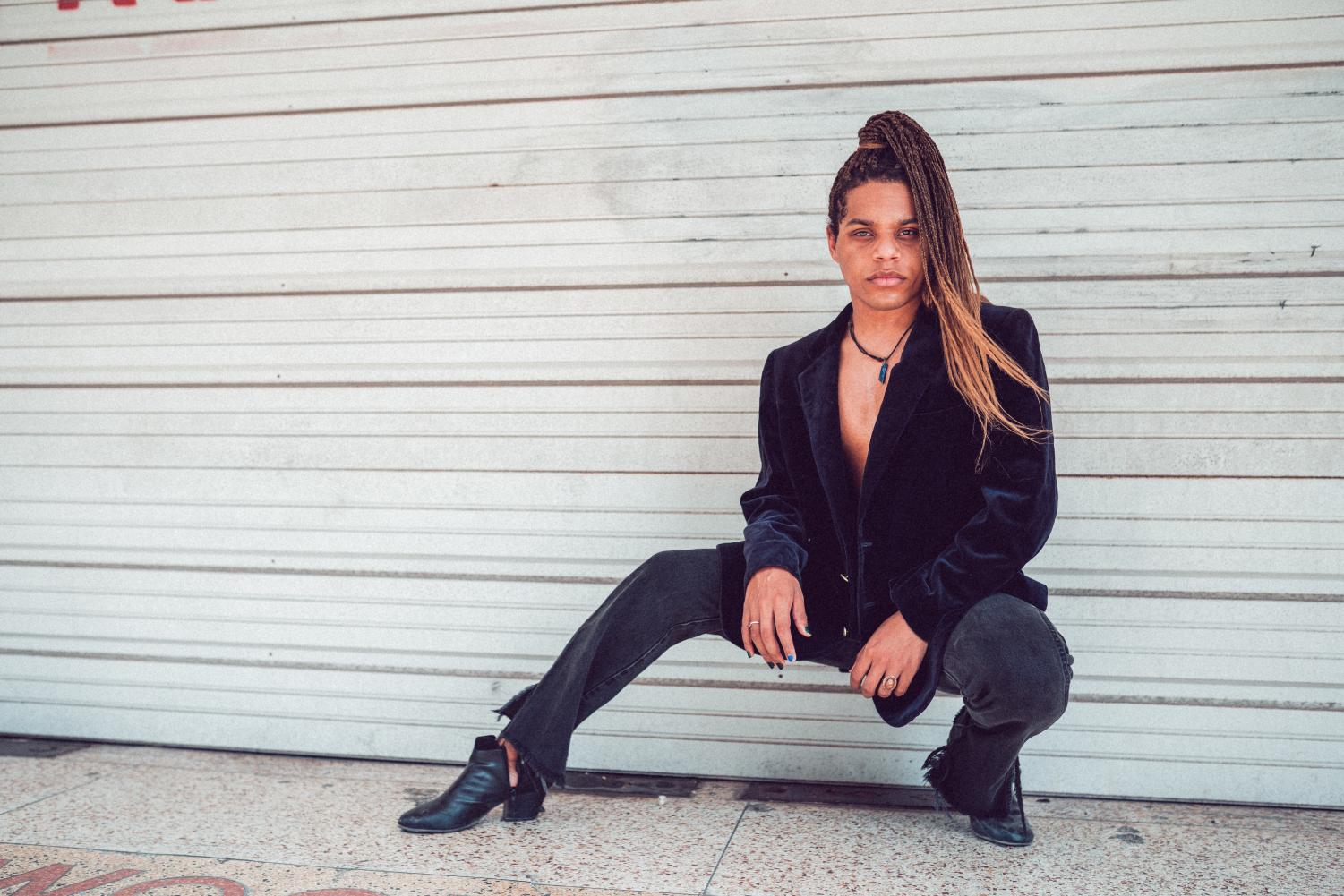 Photo courtesy of Levi Guzman- Quentin Arispe, a Corpus Christi native now based in Austin, has big aspirations and already boasts a strong foundation with a wide array of projects under their belt. One of those projects includes the upcoming EP “Fruit,” from which they released their lead single, “I’m That Bitch,” this summer.

Photo courtesy of Levi Guzman- Quentin Arispe, a Corpus Christi native now based in Austin, has big aspirations and already boasts a strong foundation with a wide array of projects under their belt. One of those projects includes the upcoming EP “Fruit,” from which they released their lead single, “I’m That Bitch,” this summer.

With a wide array of projects, Quentin Arispe sets eyes for greatness

Among the pantheon of Texas pop artists, Quentin Arispe sees two in particular who have left their indelible stamp, and if the Austin-via-Corpus-Christi-based artist has their way, another name isn’t far from joining them.

“I want people in five or six years to be like, ‘Prominent  people from Texas: Beyonce, Selena, Quentin,’” said Arispe. “I want that. I want to be in this pool of people that you can say, ‘From South Texas, from the Texas area, these are the people that took over the world.’ I want to be in that group.”

While the artist has already built a sturdy foundation with forays into the realms of music, production, dance and musical theatre, Arispe sees little reason to let up on their drive to innovate. In fact, if their summer single “I’m That Bitch,” off their upcoming EP “Fruit” is any indication, the self-proclaimed genderless queen is primed to enter new waters and navigate them masterfully.

“Fruit” follows Arispe’s 2018 album “June,” a deeply intimate project drenched in bluesy electric R&B and is centered around themes of love, loss and letting go. But Arispe’s catalog doesn’t necessarily follow a certain trajectory or is tied to a certain style, as evidenced by the more hip-hop and pop-influenced “I’m That Bitch.” Rather, they are autobiographical,  interwoven into the artist’s wider tapestry. Their “anthology,” as Arispe is fond of calling it.

While “June” was a portrait of the artist at a moment of vulnerability, Arispe says “Fruit” and “I’m That Bitch,” in particular, are anthems of empowerment and represents the state they’ve reached after going through a particularly rough period. It’s a process that inspired Arispe creatively, but also left them with lessons they keep at heart.

“It’s OK to have variation of emotion,” Arispe said. “You don’t have to be one way. You don’t have to do one thing. I’m very adamant about that. For me, it’s just allow yourself to go through what you’re going through, and to feel it kind of vigorously. That way you can overcome it.

“Because I feel half of the issue with a lot of people is no one wants to deal with something,” Arispe continued. “No one wants to go through the trenches of emotion in order to work through a hard time. They just want to push it under the rug and be like, ‘OK, I’m fine. Let’s just keep going.’ And I used to be like that, and now I’m like, ‘No, go through what you need to go through.’ If you’re not OK, don’t be OK, and feel. I promise you, you’re going to get such a stronger outcome from that than if you just pretend.”

Arispe’s latest reinvention follows a music career that has seemingly come natural but has also taken turns by happenstance.

From a young age, Arispe engaged in creative pursuits, though their interest in the arts did come as a surprise for their adoptive family of largely nurses and engineers. When it came to their uncle Roland, who owned Hacienda Records, Arispe found a creative bond that helped prepare them for their career further down the line.

“He would treat me like I was an adult, like a 30-year-old,” Arispe said. “He would be like, ‘Ah, this verse needs to. … How is this getting you into your bridge?’ Really making me think.

“I didn’t know that what he was doing was going to help me at all. I was just like, ‘I’m just playing around with the piano. I don’t really understand.’  I couldn’t get why he was so adamant. And then now, I can write a song in four minutes, maybe, if even, and that’s because of him. I learned the structure so quickly because of him, and he would just rip me apart.”

Such lessons followed them when they began writing material for themselves, prompted by some prodding by another local artist.

After stumbling upon Produce studio in downtown Corpus one ArtWalk in 2016, Arispe was introduced to local DJ and producer Kinderr. It was Kinderr who asked Arispe if they had ever written music for themselves and offered some of his beats to the young artist to experiment with. Arispe took them home and worked on the beats using the GarageBand program with the end result being their first EP, “Vienna.”

“I did it just to be like, ‘Ok, this would be fun just to try out, but obviously I’m never going to do this,’” Arispe said. “And then, after a while, it just kind of stuck.”

Since then, they have seldom let up. This spring, Arispe made their musical-writing debut with “Accepted,” a production following a group of friends as they transition from high school to college. Based off of characters and concepts Arispe had been developing since they were 9 or 10, the musical ran for two nights at the Harbor Playhouse and drew standing-room-only crowds. For Arispe, it was both a validating but also traumatizing experience.

“Weirdest thing I’ve ever done,” Arispe said. “I highly recommend it. You will completely lose yourself, and then the remnants of you that you can kind of pile back together will create how you move forward in your career. It’s super weird, but it’s super cool.”

It’s  with “Fruit,” and then their debut album “Garden” slated to come out on the Americano label next year, that Arispe really hopes to take their listeners on a ride and hopefully surprise some.

The EP and album also mark further collaborations with Produce artists, featuring rapper Meta and production from DJ El Dusty, who has also taken on a close mentorship and friend role with Arispe.

“He is the best human being on the planet,” Arispe said. “Best producer, best manager, best friend to me. He’s just the best thing to me, and I’ve found such camaraderie in him.”

It’s with such friends in their corner, and with the lessons they’ve grown from over the years, that Arispe is primed to finish 2019 strong and ready to conquer the world in the new decade. But if there is one principle that Arispe has learned when delving into the many pursuits arrayed before them, it’s to engage them without fear or hesitation.

“Know what you want to do, and then just do it,” Arispe said. “Execute it. Don’t talk about it, don’t make a subliminal Twitter message about it. Just do it. Even if it’s shit, put it out. Hear the feedback. People are so afraid nowadays because of this social world to mess up or make mistakes or do something that’s not perfect. Just figure it out, and let people see that you’re figuring it out.”