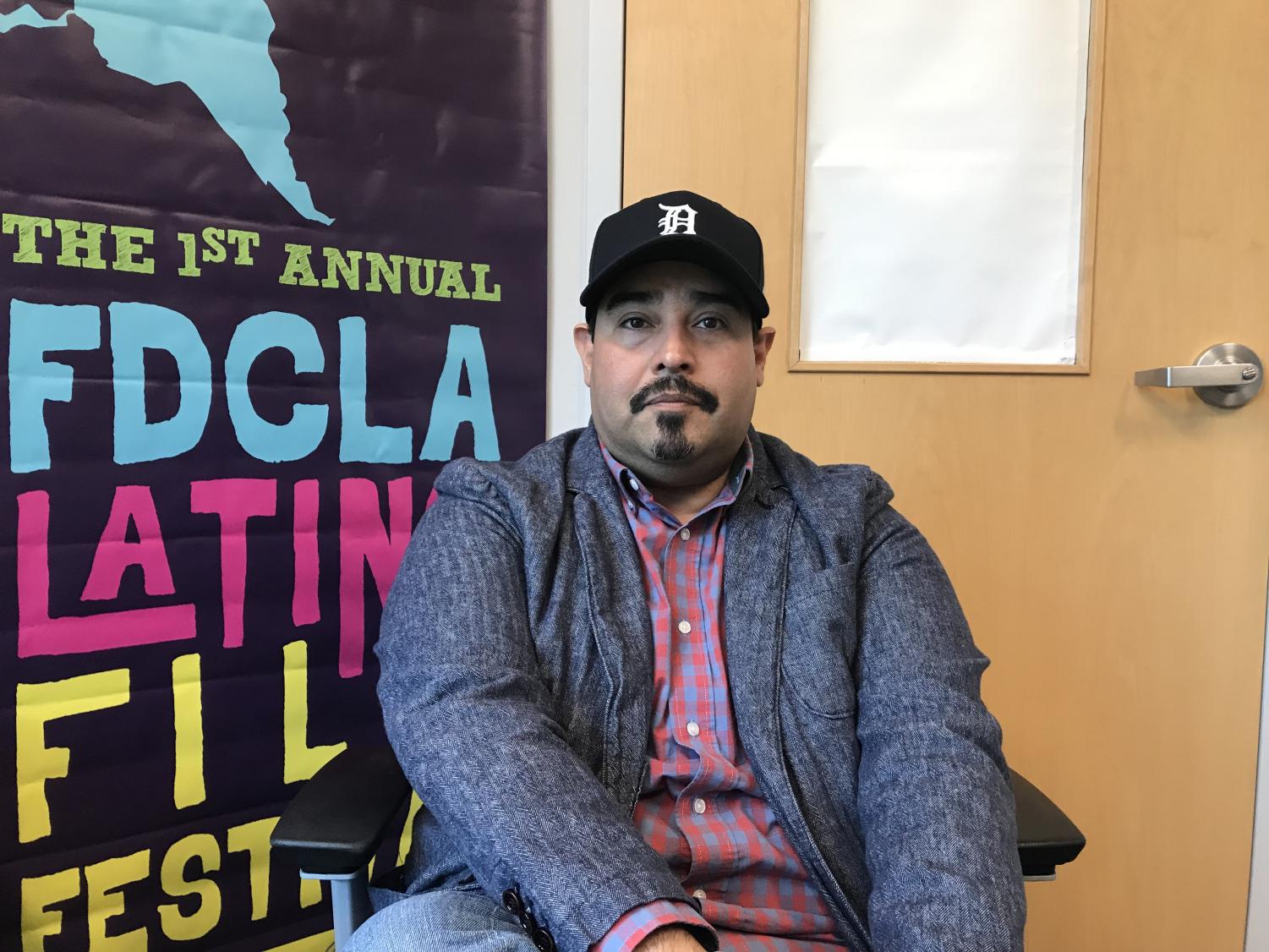 Matthew Tamez/ISLAND WAVES - Gabriel Duran is a filmmaker and professor at TAMU-CC.

Matthew Tamez/ISLAND WAVES - Gabriel Duran is a filmmaker and professor at TAMU-CC.

Duran has been into filmmaking since 2007. He studied at The University of Texas at Arlington, and later received many awards for his films.

Duran began his life in Wichita Falls, Texas, the place where his interest in filmmaking was piqued at a young age.

“In Wichita Falls, you don’t have aspirations,” said Duran. “There’s no one that you know that goes to film school.” However, he first got the idea around the age of ten of being a filmmaker while watching MTV at his grandmother’s house after school. “Michael Jackson’s ‘Thriller’ is one of the first ones that planted that seed for me,” said Duran. Once he reached adulthood and moved to Arlington, Texas, Duran made the decision to go to film school.

But Duran faced some difficulty during his time there. By the time he had started going to UT Arlington, he was already married and received support from his wife. Duran recalled that filmmaking was not something that others would think highly of when compared to engineering or nursing.

However, his time in film school allowed him to expand his network and form relationships that helped further his craft, including Bart Weiss, who has the longest running film festival in Dallas, and Ya’Ke Smith, who now teaches at UT Arlington.

As an artist, Duran’s favorite movie he has worked on is always the one he’s currently working on at any given moment. His stories have a theme of culture and identity behind them.

“All my films have a message,” said Duran. “A lot of them are in your face. It doesn’t specifically hit everybody. I have a specific group that I really focus on. … Identity is a major thing in my films.”

Duran actually received his first filmmaking award while working on his bachelor’s degree with his movie “Helado.”

“It’s pretty amazing,” said Duran. “That’s when I realized you didn’t have to have money to shoot films. A lot of my compadres, my fellow classmates, they would spend an average of $1,000 to $2,000 per film out of their own pocket. I think I spent like $25.”

“Helado” is a film that juxtaposes immigrant day workers and their lives as well as the lives of their children who still see the world through a childlike lens. Duran was elated when he received the award for best movie, best script and best director for “Helado.”

Duran’s themes involve different topics such as immigration, Hispanic and African-American culture, and the way they live their lives. Duran admits that as an artist, no matter how much work goes into a movie or project, he never feels fully satisfied with it.

“If we were satisfied with everything, work would just stop,” said Duran. “It’s always good not to be satisfied because it pushes you further for the next film.”

Duran already has an image in his head of what a film should be like. Road bumps sometimes come up during the production of a movie. One such project that Duran worked on, his thesis, had to be scrapped due to medical issues related to the lead actress. The movie that he replaced the original with was “Peor es Nada.” The film took off, and Duran found film festivals contacting him about it. “Peor es Nada” was politically and culturally relevant for the time it came out.

“I think the biggest failure for a lot of filmmakers,” said Duran, “is that they’re not truly being themselves. They’re not telling the stories that they know.”

Duran is currently planning on Festival De Cine Latino Americano for its fourth year, making it the second film festival in Corpus Christi, and the city’s first all Latino film festival. Duran continues to work on his craft, making new movies that tell the stories of Hispanic and African-American culture.