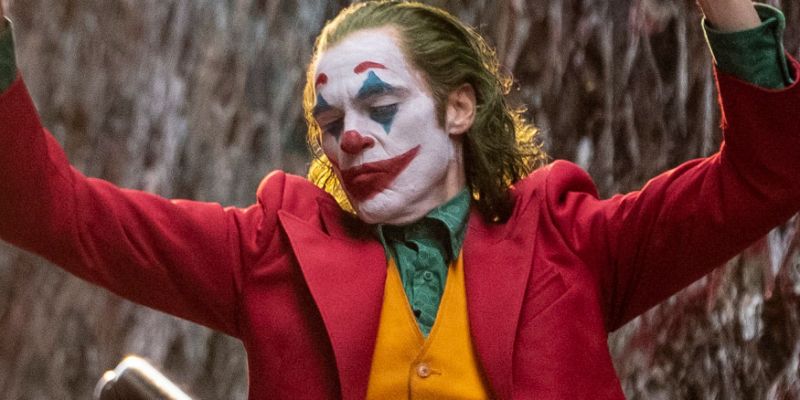 Courtesy of Bron Studios/DC COMICS Joaquin Phoenix immerses himself as the “Joker” in DC Comics’ most talked about film that has garnered both controversy and strong Oscar buzz.

Courtesy of Bron Studios/DC COMICS Joaquin Phoenix immerses himself as the “Joker” in DC Comics’ most talked about film that has garnered both controversy and strong Oscar buzz.

Joaquin Phoenix immersed himself as Johnny Cash in “Walk the Line,” and now he transforms into the Clown Prince of Crime in Todd Phillips’ “Joker.” Phillips, who is known for directing comedies such as “Old School,” “Road Trip” and “The Hangover trilogy,” takes a darker and more serious approach, telling the origin story of Batman’s arch foe without the Caped Crusader making an appearance.

The film follows Arthur Fleck (Phoenix), a down-on-his-luck man with a neurological disorder that causes him to laugh at inappropriate times. He has these “negative thoughts” that manifest themselves within his head, and when events occur that push his mental state to the limit, we slowly see his descent into madness that the character is known for.

Phoenix is perfectly cast as the Joker as he dives into the role both physically and mentally. There’s a distinct feel even in his Joker laugh, giving off different emotions each time he laughs. This makes his character more complex as the film goes on.

Just as he transformed himself into Johnny Cash, Phoenix becomes the Joker as if the character was brought to life from the comic itself, making him a strong contender for Best Actor at the Oscars.

The film’s goal isn’t to sympathize with the character, but rather give you an understanding as to why he is doing these crimes. In particular, one scene involves Arthur finding out something in his past that sets him over the edge. Without spoilers, once it’s revealed what happened to him, it helps you understand why he does these horrible acts and becomes the Joker.

Although many fans have been more than pleased with “Joker,” as it has a 90% on Rotten Tomatoes from audiences as of Oct. 10  and grossed $93.5 million opening weekend, the film has garnered its fair share of controversy.

In 2012, a suspect who was said to be inspired by the Joker shot up a movie theater in Aurora, Colorado during a midnight screening of “The Dark Knight Rises,” killing and injuring many.

Deadline reported that Century Aurora and XD have chosen not to screen the film in respect of the tragedy that took place there. Five people who lost their loved ones in the shooting wrote a letter to Warner Bros. CEO and chairperson Ann Sarnoff to not pull the film from theaters, but to use their “massive platform” to build communities with fewer guns.

Warner Bros. released a statement on Sept. 24 in which they said gun violence is a serious issue, but believe that “one of the functions of storytelling is to provoke difficult conversations around complex issues.”

They also added that the film isn’t an endorsement of real-world violence of any kind and doesn’t hold the Joker up as a hero. While it doesn’t make him the hero or encourage mass or active shootings, it does shine a light on mental health and how society views it.

The film doesn’t hold back on showing how people view mental illness, thinking that they’re just born like that to avoid feeling responsible for their addition to it. But once Arthur commits a crime makes it onto the news, society just finds a way to shift the blame on mental illness. Phillips does an excellent job of giving the audience an insight into a man who was constantly pushed around by society as it flooded his head with “negative thoughts” until the day he snapped, transforming him into the Clown Prince of Crime.

“Joker” isn’t just a standard comic book film. It’s a look inside a man’s psyche and descent into madness. This is a film that audiences will be talking about for many years to come for its commentary on the culture we live in now.