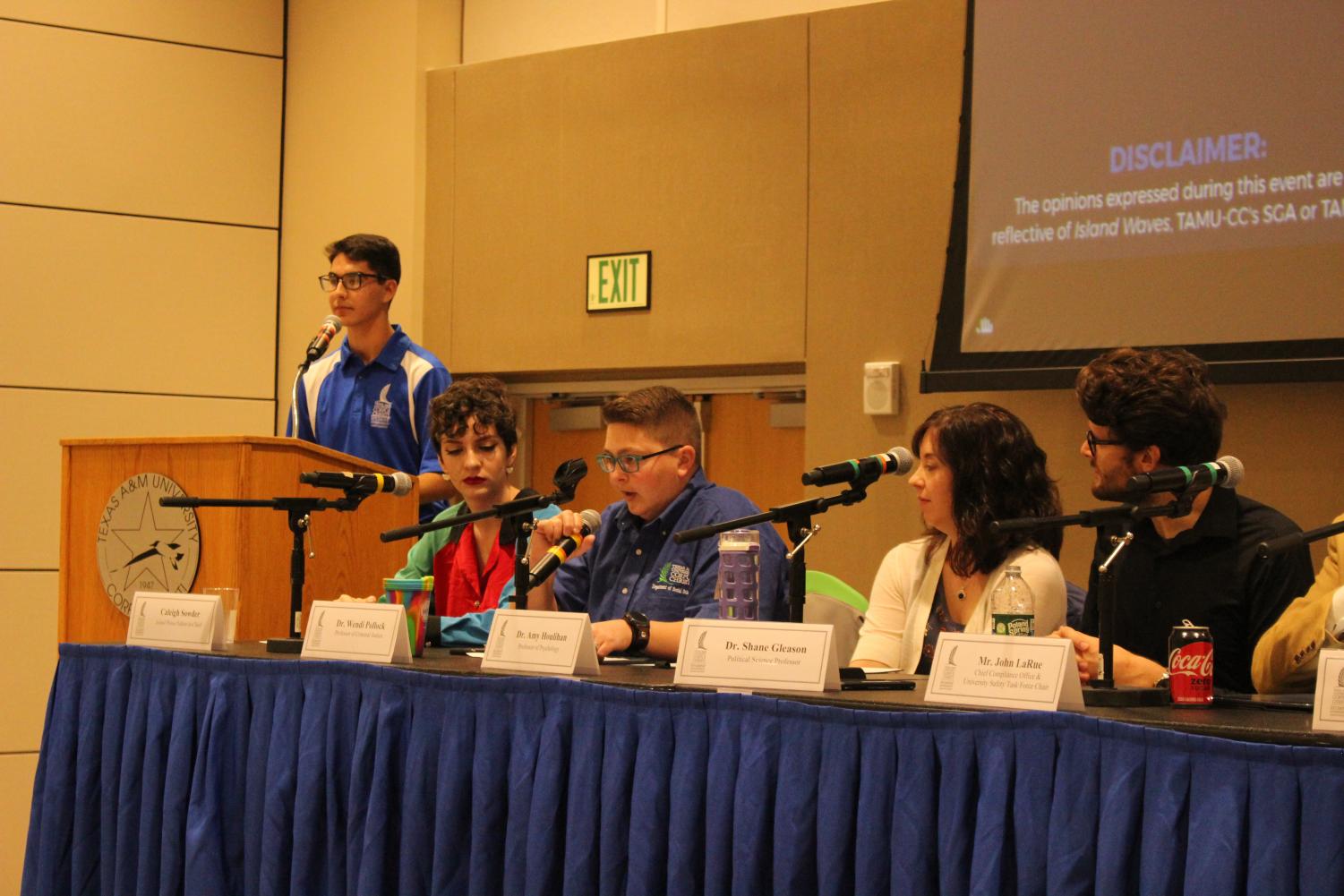 “This series was started after we noticed, and I think you all have noticed probably in today’s media as well, is that guns are a large topic,” said Caleigh Sowder, the Editor-in-Chief of Island Waves, “Everyone is talking about them. … So we wanted to host this open discussion so people feel comfortable kind of asking more questions and gaining more knowledge about these topics and these issues.”

A group of panelists answered questions from attendees, who could ask their questions during the event or post an anonymous question using Slido.

No question was disregarded during the event. Questions included how race is handled by police and the law system and how that interacts with firearms. “Obviously we know that there are societal issues with race that extend to interactions with the police,” said Pollock. Pollock then noted that in Aransas Pass there was not a correlation to race.

“There are definite biases in all aspects of relations to gun violence and it is perpetuated in the media, this is well is not a blanket statement for all media. … there is definitely work being done to correct this,” said Sowder.

Another question posed to the panel was their opinion on arming teachers. “My partner is a teacher. To her the thought of having to carry a gun and potentially aim it at a kid. … she can’t begin to contemplate it. …” said Gleason. “One can go to the shooting range and be a good shot, but under the intense pressure of an active shooting situation, all your skills are going to disappear and that’s where you need the professionals, IE the police.”

The shooter incident involving students from TAMU-Commerce was also discussed and how such a situation would be handled at TAMU-CC. “The good news is your police officers are here, they’re trained and we are prepared in case a situation happens,” said Gutierrez.

Then another question asked the panelists their opinion on stricter gun control versus greater mental health awareness in regards to preventing mass shootings. Although Houlihan admited that there are not enough resources at present to fully address mental health. “I do definitely think just in a general sense we are under resourced in terms of mental health help and treatment and increasing those resources would do a lot of things. …” said Houlihan, “But I think the more direct solution would be greater gun restrictions in terms of keeping guns out of the hands of people who do have some kind of violent history. …”