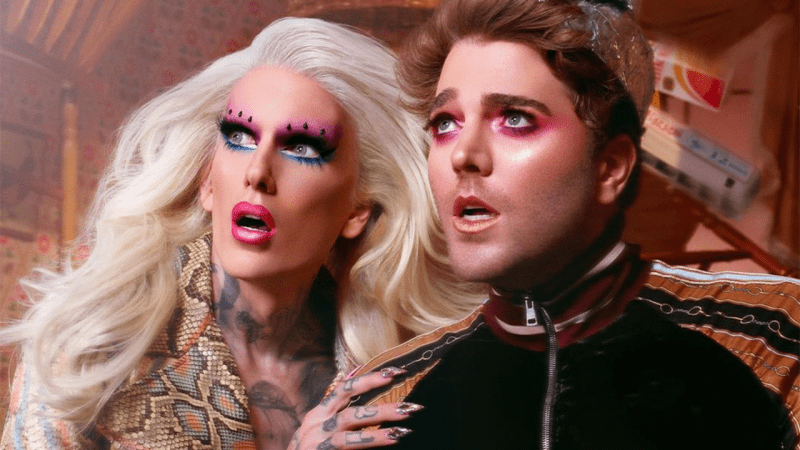 Were you able to buy from the Shane Dawson X Jeffree Star Conspiracy Collection?

With several months of teasing the Conspiracy Collection, Shane Dawson and Jeffree Star were able to show a glimpse of the eye-catching products that sparked the viewers’ attention. The documentary that Dawson and Star have shown us over the months has been a remarkable experience for all makeup lovers who see the truth behind the process of the trial and end of this collection.

The two most recent videos show Shane Dawson being overwhelmed with how his collection is turning out. He was in complete shock on how everything was going in the direction he hoped it would go. With emotional tears, he was happy this all came true for him with his good friend Jeffree Star.

As Friday Nov. 1 came, fans from all across the world were waiting patiently with their debit cards in their hands. As it was time for the launch, fans were able to crash the Jeffree Star Cosmetic site. Many fans were upset that they couldn’t access the website when they were about to check out for their products. While some fans were lucky, others were disappointed that they didn’t get a chance to buy from his collection. The Morphe store was completely sold out, so the only opportunity that fans had was for the Jeffree Star Cosmetics site to be refreshed and fixed.

Iconic makeup influencer, Jeffree Star, said “You guys broke the internet and #Spotify site is starting to come back to life.”

Freshman Catherine Henke, a fan that watches the Shane Dawson series and is a makeup lover said that, “I was so excited about the Shane Dawson collaboration, while I wanted to get both palettes, I only was able to purchase the Mini Controversy and one of the liquid lipsticks before the site went down,” said Henke. “I’m still waiting for them to ship and I’m super excited.”

If you weren’t able to get any products from the Controversy Collection, stay tuned for the relaunch happening in June 2020 for your next chance.