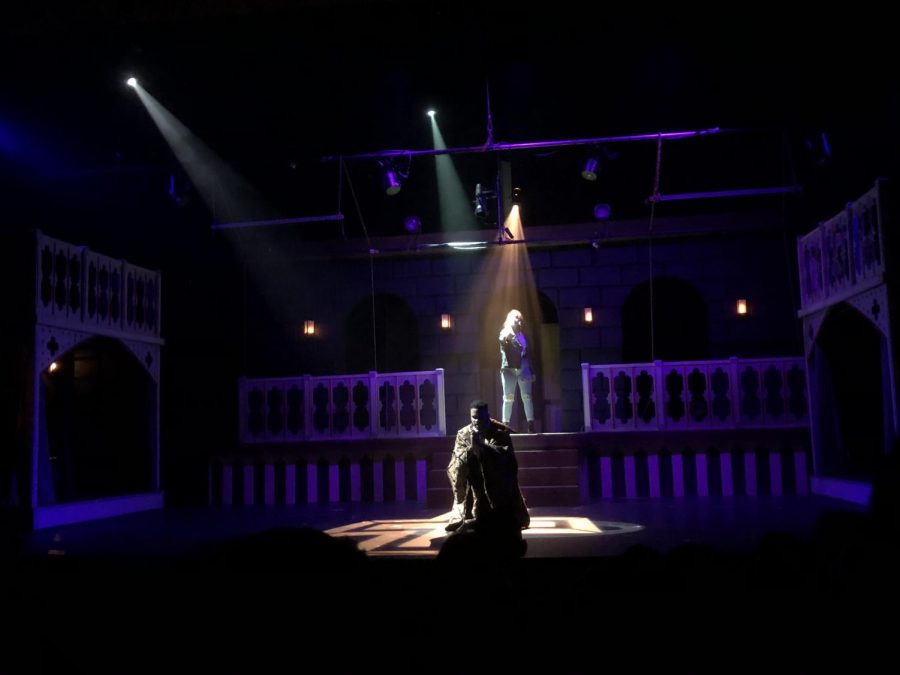 Matthew Tamez/ ISLAND WAVS - Hamlet was an amazing and emotional production from start to finish.

“Hamlet” by William Shakespeare has been directed and adapted for the stage many times throughout the centuries. However, this production by Texas A&M Corpus Christi Department of Theatre and Dance shows that Hamlet is certainly not stale and can even have a few surprises up its sleeve.

“Hamlet” tells the story of the titular prince. Hamlet is visited by the spirit of his father, the previous king, who informs him that Hamlet’s uncle, who is now his stepfather, murdered the king. Enraged and desiring vengeance, Hamlet develops a scheme to end his uncle’s life and take his revenge.

TAMU-CC’s production of “Hamlet” opened on Nov. 12. Alison Frost adapted and directed the play. Anna Flynn played the role of the titular prince in an outstanding, emotionally rich and at times perfectly disturbing fashion. Marcus Anthony plays the character of King Claudius, Hamlet’s uncle and new stepfather. Anthony’s excellence is in the details of his character. Averted gazes and emotionally driven dialogue bring this character to life. The characters of Ophelia and Queen Gertrude are played by Ashlyn Evans and Kenedi Deal respectively who play these emotionally heavy roles wonderfully.

“Hamlet” is an amazing, emotionally driven story that at times can even be immensely uncomfortable to watch given how well the actors display emotional distress. This is however not a negative and is one of this reviewer’s favorite aspects about this production. “Hamlet” is, at its core, a tragedy. However despite this, the show still maintains some well placed moments of brevity during the production to somewhat break up the increasingly dire straits the cast finds themselves in. There are a few anachronisms thrown in that actually work to the advantage of the production such as the use of firearms and the brief yet humorous use of a phone camera.

The plot is one steeped in court intrigue and deception. The way this plot weaves in and out of itself leaves one who hasn’t seen the play before on the edge of their seat. The narrative does not just follow Hamlet but also shifts the perspective to other individuals throughout the play in a way that shows the effects that Hamlet’s quest for vengeance has affected those around him. Characters who have suffered loss have believable and heartbreaking signs of grief in their voice and mannerisms as the plot continues. All of these come together to create an amazingly crafted and beautifully acted production

TAMU-CC’s production of “Hamlet” is without a doubt an amazing and engaging performance. “Hamlet” will continue to be performed through Nov. 17.