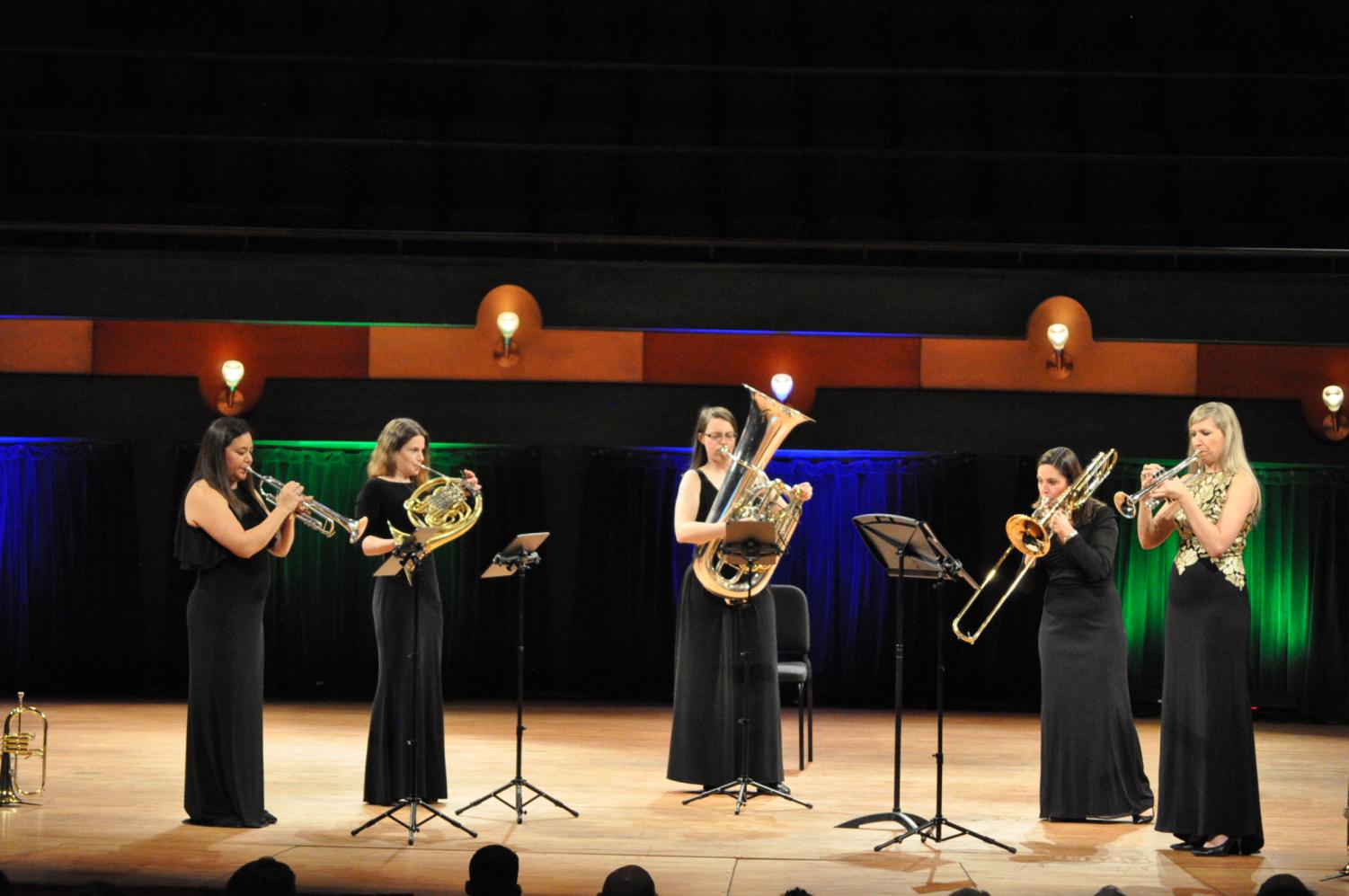 Seraph Brass gives a beautiful display of their musical skills.

On Jan. 21, Seraph Brass came to the Performing Arts Center as part of the 2019-2020 Furgason Bravo! Series. Originally, M5 Mexican Brass was to take this slot in the series lineup, but according to PAC Director James Moore, they had to cancel their tour nationwide as one of the members was unable to get their artist visa.

Seraph Brass is an all-female ensemble of brass musicians that toured all throughout the USA and abroad, including Mexico, China, Finland and South Korea. According to their website, many members of Seraph Brass performed with Adele on her 2016 North American tour.

The ensemble was also the winner of the 2019 American Prize in Chamber Music.

The performance at the PAC featured Mary Elizabeth Bowden and Raquel Samayoa on trumpet, Rachel Velvikis on horn, Donna Parkes on trombone and Gretchen Renshaw James on tuba.

Seraph Brass brought an amazing concert as all five talented musicians played a mixture of different music types, including some that was not originally designed for brass instruments. Their ability to adapt these song’s unique sounds using their brass instruments was certainly astounding and was a style of music this reviewer had never heard live. During the show, the musicians would give some background information on their music and their own story while also asking for some minor audience participation.

Until this concert, none of the other performances were brass based. The sound this ensemble manages to make when working in tandem with one another is hypnotic. Being able to close one’s eyes and get lost in their rhythm is a sure sign that their musical talent was a must see.

Individuals who attended expressed their enjoyment.

“It was really interesting to hear them play pieces that were meant for different instruments,” said Hanna Carawan.

“It was great,” said Chris Clark, a former student at TAMU-CC.

Although Seraph Brass was initially not planned to perform in the Furgason Bravo! Series, it was certainly wonderful that they joined the lineup. Their talent is undeniable as musicians and their music was a delight to hear.

The Furgason Bravo! Series will continue with the Glenn Miller Orchestra on Feb. 20 and Sybarite 5 on Feb. 22. The series will conclude with the multimedia family show “Call of the Wild,” based on the classic book by Jack London on March. 7.