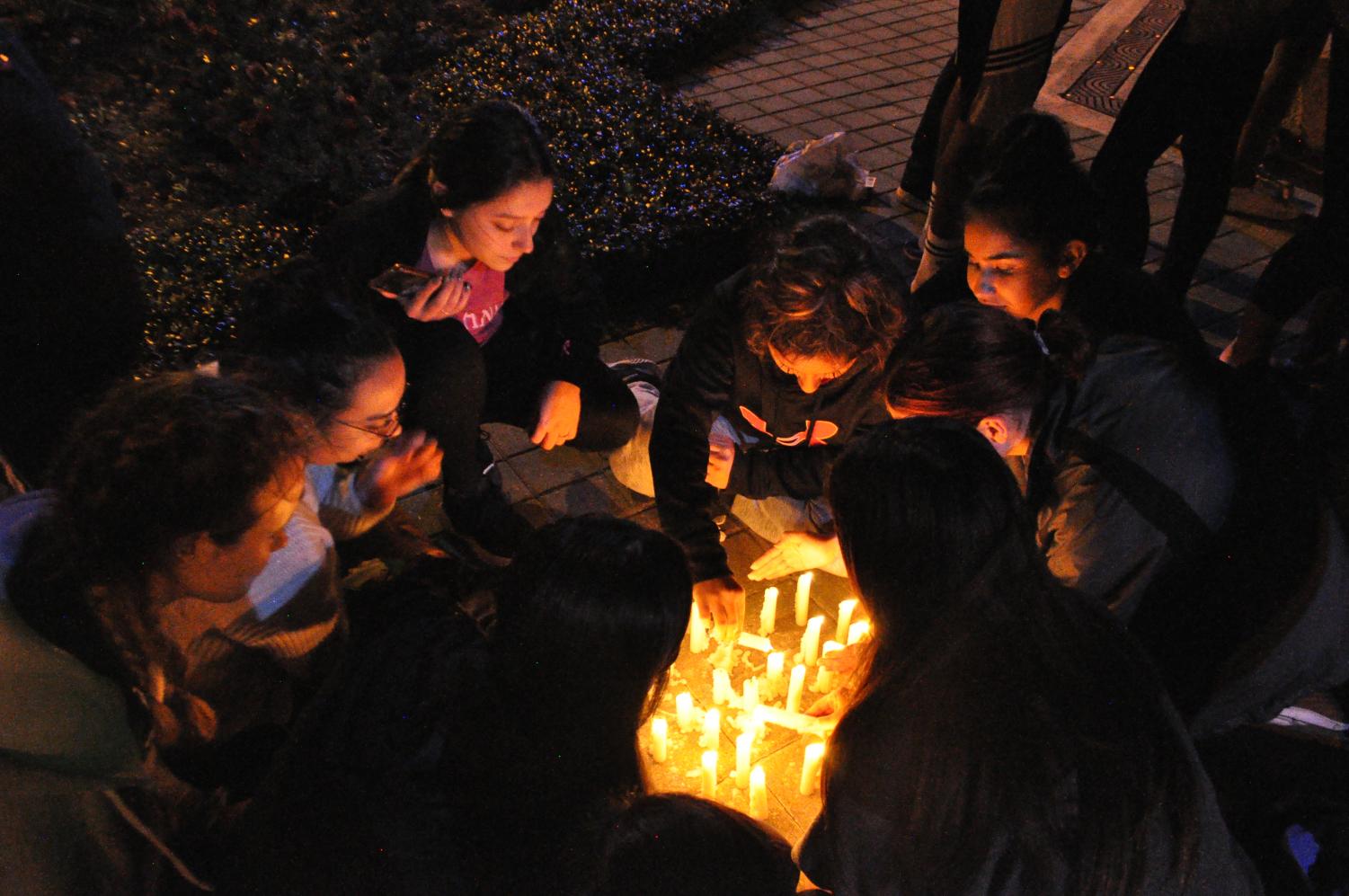 Students gather candles, saying they are “stronger together.” (Matthew Tamez)

Students gather candles, saying they are “stronger together.”

On Feb. 17 at 9:00 p.m., students gathered at the fountain in Lee Plaza to pay their respects to freshman Nursing major Jasmine Goudeau. Goudeau passed away in San Antonio early Monday morning after her vehicle was struck by Erick Eduardo Casas, who was charged with intoxicated manslaughter.

A moment of silence will be held for Goudeau tonight, Feb. 19, during the women’s basketball game at 7:00 p.m. at the Dugan Wellness Center.

The event was put together by the Islander Cheerleader and Dance Team and had a turnout of approximately 50 people. Individuals were given candles and held a moment of silence before speaking about her.

“Jasmine was full of spirit,” said Gina Nicole Reyes, a Nursing major and Jasmine’s best friend. “She was always rebellious. She didn’t care what risks she had to take. She would always do things that were adventurous. … She was always one to be very blunt. … She didn’t like fake people.

“Even though she was blunt, she was also the sweetest person you would ever meet,” continued Reyes. “Her laugh was so pure and genuine. It’s a laugh that you would never hear before.”

Goudeau took on a parental role to her siblings.

“If she had to climb mountains for them, she would,” said Reyes. “… She never wanted them to go through the things she went through because she lived a hard life. She faced things no child should face, but at the end of it all, Jasmine always found light through it.”

“It seemed liked her life was taken too soon,” continued Reyes, “but Jasmine is in the right place right now because she had so much weight on her shoulders, and it was time for her to get that off, to feel relieved, to feel at peace.”

Reyes is left with fond memories of Goudeau. She recalls the time they got Whataburger late at night together and holds that memory as the start of their close friendship.

“As a coach you don’t ever want to hear that you lost a student,” Flores said. “There was no words on how to say what I was going to say. As a coach, you don’t go into the field thinking you’re going to lose a student.”

Ann Degaish, the vice president of Student Engagement and Success & the Dean of Students, said that the honorees for the annual Islander Tribute, which pays tribute to Islanders who have passed, are for students who were enrolled at the time of their passing. Goudeau was not enrolled in the current semester at TAMU-CC.

Goudeau leaves behind a community that misses her dearly. Those who wish to pay respects can stop by the memorial outside of CE 103.