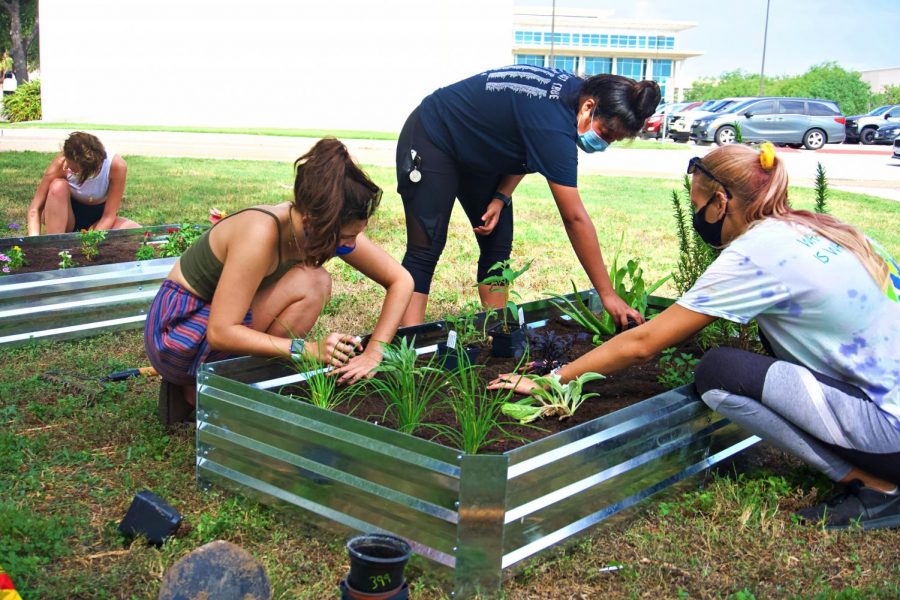 “We were replacing some of the garden beds that we already had initially at the bigger garden space on campus, and we ordered the wrong size beds, which were a little bit too small,” said Rodriguez, “We didn’t want the beds to go to waste, so we reached out to Theresa and her team and asked if this would be something they were interested in.”

Rodriguez also works for the Environmental Health and Safety Department and explained how they plan to check up on the plants on a weekly basis, “We want to hopefully have some benches out there and make it a nice study or sitting area.”

“We know that being in nature, time spent outside, can just be very therapeutic and healing,” said Theresa Sharpe. The garden has a variety of plants that appeal to different senses. “We have herbs like rosemary, mint, and Lamb’s-ear. They feel good to touch and smell, and you can break off a little piece and taste it,” continued Sharpe.

The garden is located outside of the Driftwood building. The garden beds are six ft by three ft and are made out of galvanized steel, organic soil and plants that appeal to the senses. The plants are locally transplanted from Turner’s Gardenland. 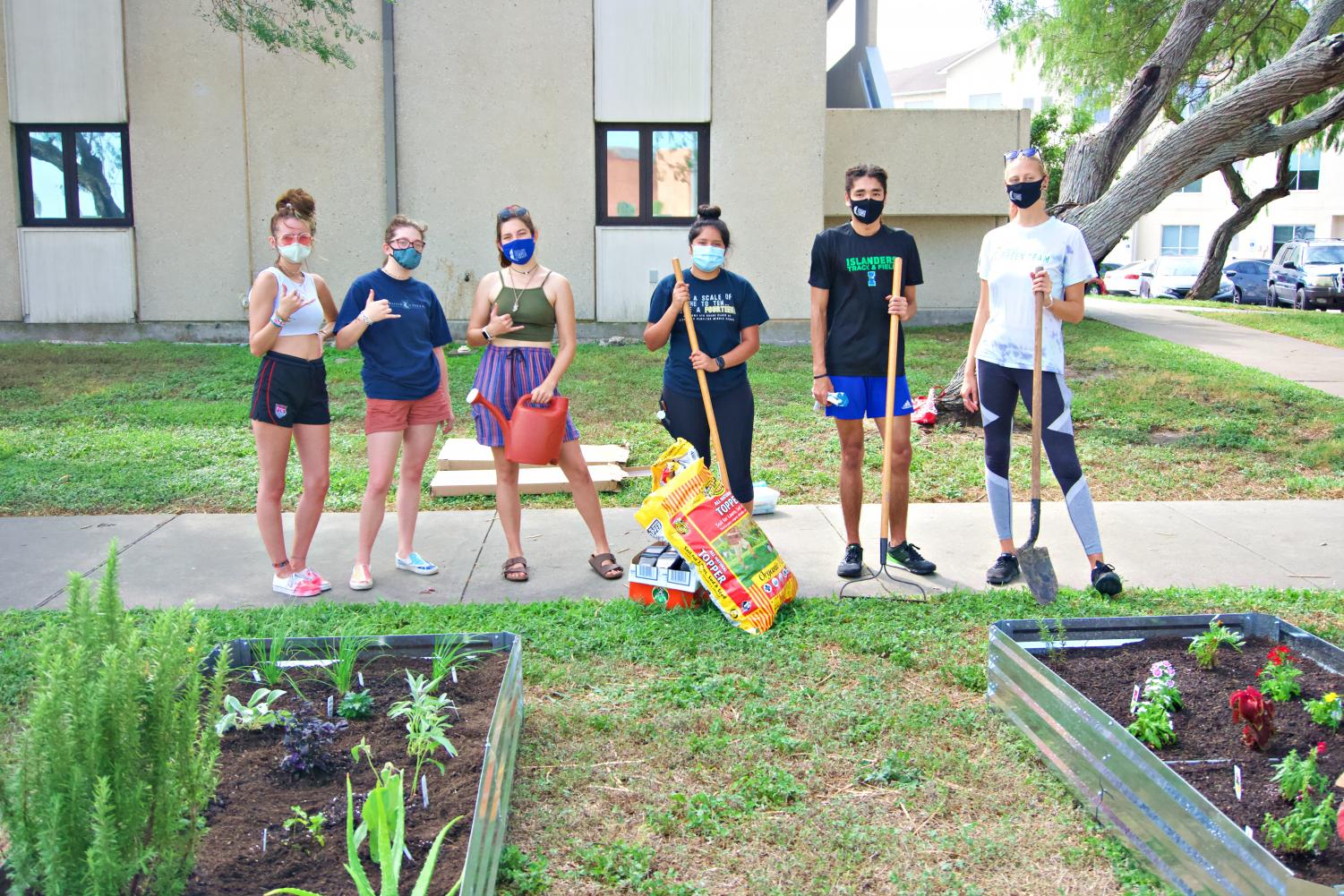