The Book of Will: A Review 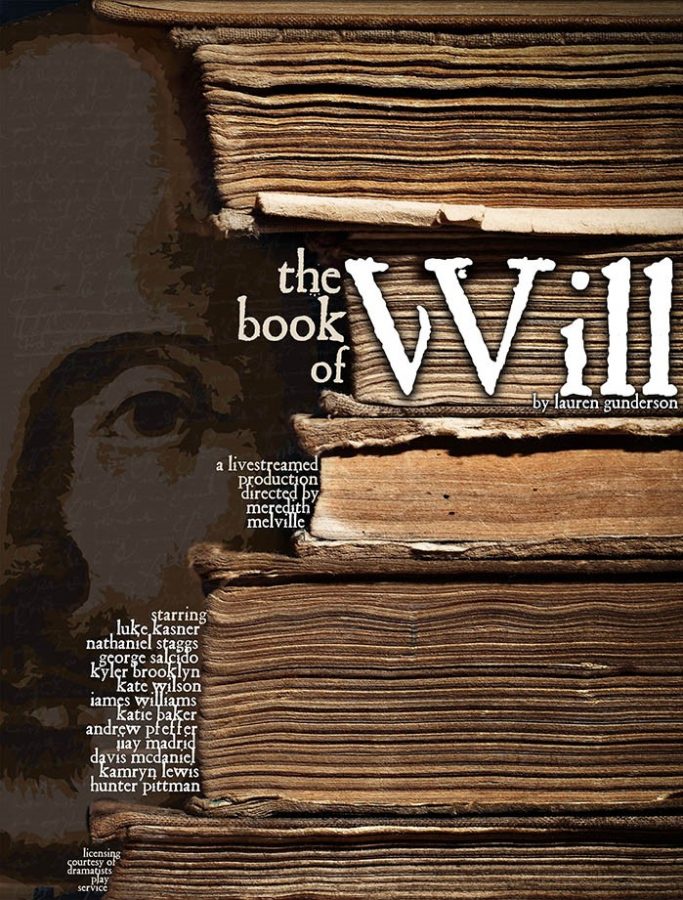 When we think of theater most of us will think of Shakespeare. However, being as eloquent and poetic as Shakespearean works are, they are not easy to pull off, especially in today’s ‘new normal’. The TAMUCC Department of Theater and Dance took on the challenge of expressing a Shakespeare-esque play called The Book of Will written by Lauren Gunderson. The play was directed by Meredith Melville who did an amazing job overcoming the major hurdles of a virtual production.

It was shown in a digital format with all actors filmed in a socially distanced or virtual manner and added into the same video frame. The Book of Will tells the story of the remaining members of Shakespeare’s theater troupe, the King’s Men, coming together a few years after Shakespeare’s death to try and preserve his plays through print after one of their fellow King’s Men suddenly passes away. They fear that if they do not preserve his writings, people will create ‘watered-down’ versions of the plays, ruining their intended artistry, or even forget them all together. The production ran from Oct. 20 – 25.

Prior to viewing the virtual play, it was a wonder how the acting would differ from that of an in-person play. To much delight, the actors did not seem to have an issue adapting to the online format. Yet what was most commendable was the way the actors portrayed their respective characters. Their acting skills resonated through the screen and their manner of speaking flowed very poetically. It says a lot about an actor’s ability to make a person forget where they are and hold their attention. The cast truly put on an applaudable performance.

As for how the play was shown from a presentation point of view, there were a few downsides. For example, it was easy to tell which characters filmed in different locations because there was a stark difference in lighting and video quality. In addition, if a cast member used a large movement with their hand it would disappear from sight. This immediately isolated the character, making the scene incohesive and briefly taking the attention off the scene that was playing out. Though this is not to say that those minor details overshadowed the acting.

Outside the realm of the play itself, the introduction and intermission segments were very creative. The theater and dance department were also able to promote upcoming productions and show credits similar to those seen in movie theaters. If anyone is interested in theater or dance and loves to watch art in motion, I can guarantee that the acting abilities of TAMUCC students will impress anyone who watches them.