Women’s basketball faces cancellations due to the coronavirus 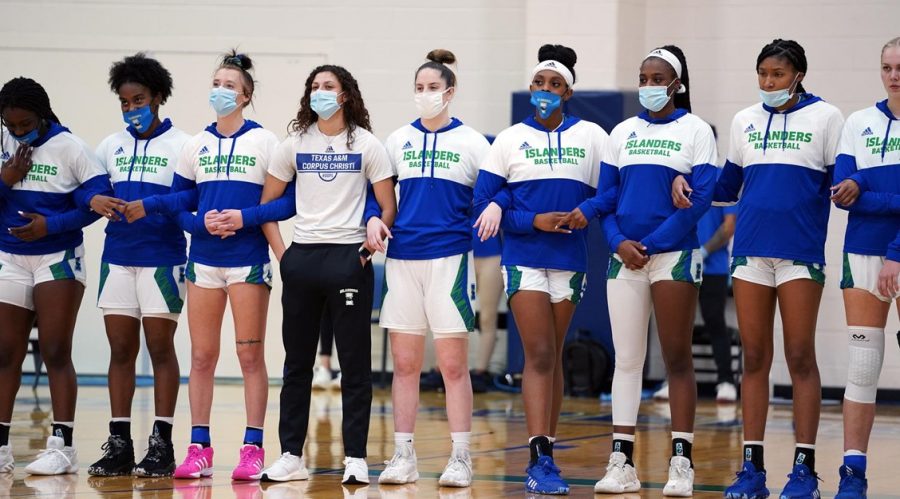 The women's basketball team tests for the coronavirus three times a week.

The Texas A&M University-Corpus Christi Women’s Basketball team initially postponed their first two Southland Conference games due to a few of their student athletes testing positive for the coronavirus. Those who were in direct contact with them were placed in quarantine.

The student athletes who were quarantined but didn’t test positive were advised to do at-home workouts, as long as they didn’t come in contact with anyone around them. Student housing was also able to arrange a program with Chartwells that allowed students who lived on campus or Momentum to receive meals delivered to their door as long as they had a meal plan through the Islander Dining Hall

With their team activities being put on pause, the Islanders who were not placed in quarantine continue to follow the CDC (Centers for Disease Control and Prevention) guidelines while continuing their routines. They await the greenlight to move forward with the rest of their teammates in preparation to play their next opponent.

Athletics Director for TAMU-CC, Jon Palumbo has been working for the Islander Athletics since Oct. 15, 2018 and enjoys his job while establishing success throughout the athletic programs as he gets through the challenging times that COVID-19 has brought to everyone.

According to Palumbo, the NCAA (National Collegiate Athletic Association) guidelines state that the student athletes, coaches and anyone who is in close contact with both basketball programs are required to get tested for the coronavirus three times a week.

“If they tested positive on one day and if their symptoms show up a couple of days later, they have to go ten days out from when symptoms start,” said Palumbo. “As long as their symptoms are improving each day, go twenty-four hours with no fever, and without any medications then they can be released from quarantine on that tenth day. With eight seniors on the team last year, they had an historically successful season for our program and now we have a very young team this year, very inexperienced but we have a lot of talented young players to improve as the season goes on. Our best basketball is ahead of us with a young team learning how to play with each other and I don’t think the results of the season so far are representative of the type of team that we’re going to be.”

Head Coach for TAMU-CC’s Women’s Basketball team, Royce Chadwick, has been their coach for nine seasons in a row. Chadwick mentioned how this year has been a struggle since his players have been asked to do things that no other players have done in previous years. “We have players that are in quarantine that we are checking on and making sure that they have medicine to take care of their health and they have to report to our trainer,” said Chadwick. “They have done a good job of trying to put their social life on hold with trying to put the CDC guidelines first. If we can get healthy and get going, we’re going to be in good shape.”

The Southland Conference announced that the two postponed games are to be rescheduled later in February. The Islanders are set to play Feb. 10th against Stephen F. Austin here at the Dugan in Corpus Christi at 7 P.M.