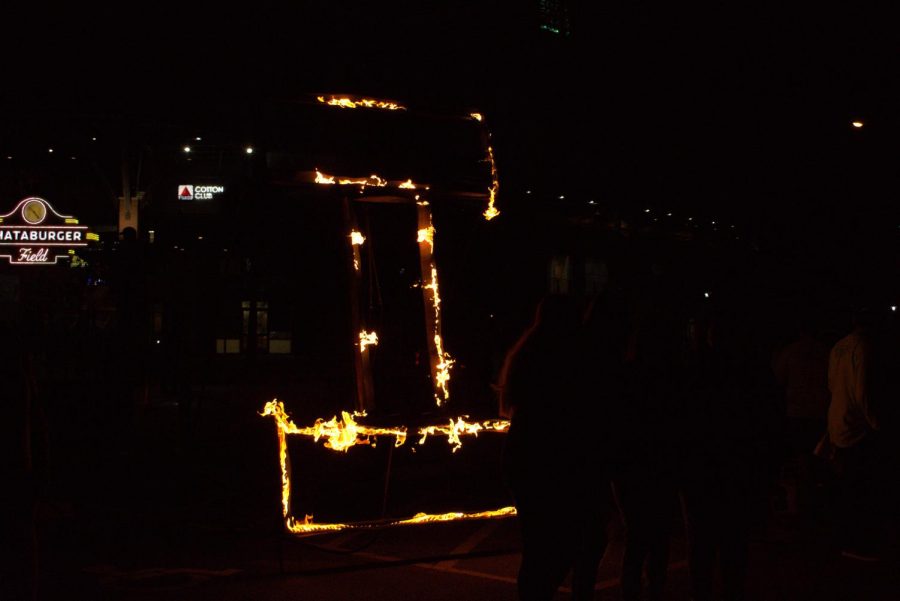 Because of winter storm the original planned week for the TAMU-CC 2021 Homecoming festivities were rescheduled to this past Saturday of Feb. 27 which continued to celebrate the homecoming traditions.

This year students, alumni and the campus community were invited to watch the Kleberg Classic at the Whataburger Field where the Islander Baseball team played the University of Houston. Throughout the night there were giveaways, an announcement of the Homecoming Islander Court, Student Volunteer Connection was announced as the first place winner for the Spirit Competition, the Lighting of the “I” and fireworks presented by Whataburger.

Towards the sixth inning of the game the Homecoming Nominee Court sat in a section all together as several people took photos of them. The announcer then declared that Maria Rodriguez won Homecoming Islander for 2021. Rodriguez won a Whataburger basket with a bouquet of flowers, her crown and Whataburger for a whole year.

Rodriguez is an active member of the Student Alumni Association and had the opportunity to represent this organization as a nominee in the Homecoming Court. She was crowned by the President of TAMU-CC, Dr. Kelly M. Miller. Rodriguez received inspiration to get more involved on campus from her sister who was in the Homecoming court a few years ago. She mentioned that she hopes to see SAA grow a bit more from the current small membership count as she believes people have heard the name now and will want to join in on the growing organization.

“I was really honored to be nominated with the ladies I was nominated with,” said Rodriguez. “They’re really all great examples for our University and I know all of them from recognizing their work in what they do and how they’re involved. I had no idea that I was going to win, I thought that none of my friends voted. I’m just really happy and it kind of reflects on all those friendships that I had built and it shows. I had such a blast doing it. I mean it was different to what a lot of other years have done… I’m just really excited that I got the chance to do this.”

Riley Windham, a sophomore Biology major, attended the baseball game to support her friend who was on the Homecoming court. Windham mentioned that she doesn’t live on campus which prevents her from being able to see events going on, so she enjoyed seeing some of the homecoming traditions happening at the Whataburger Field. “I thought the COVID planning was good at this event,” said Windham, “I got to experience Islander sports for the first time.”

Shakas up to everyone who came out to enjoy the 2021 Islander Homecoming night.