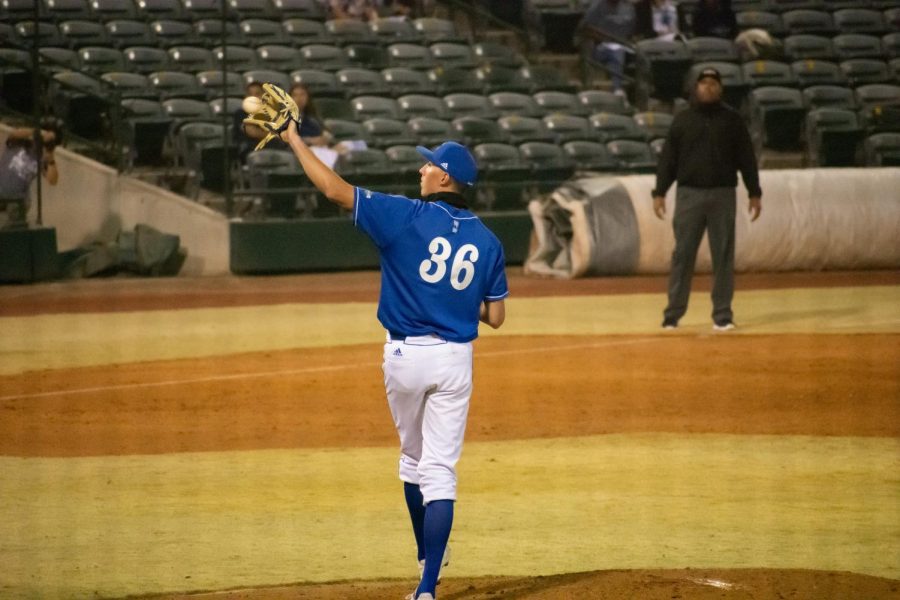 On Feb. 26 the Islanders came up strong as they opened the series with a 3-2 win against the University of Houston for the Kleberg Classic series at the Whataburger Field in Corpus Christi.

Later that Saturday on Feb. 27 the Islanders Baseball team played their second game against the Cougars and lost 14-1. The Houston Cougars came up to bat with heat as they played offense taking a lead in the first inning with 3-0. The Cougars had a total of eight home runs being scored from the first inning to the fifth.

Sophomore Leo Markotic and junior Steven Rivera managed to get back-to-back singles when senior Scott Hastings came up to bat with a hit that allowed Rivera to score a run to home in the eighth inning.

Scott Malone, Head Baseball Coach for the Islanders, mentioned how this Kleberg series is normally a tournament with four teams in total. Due to the coronavirus, two of the Big Ten Conference teams were cancelled for the first three weeks. He continued by saying how his team and Houston agreed to play each other three times and whoever scores two wins is the winner of this Kleberg Classic. Malone also mentioned how the game on Saturday was the worst game the Islanders played out of the six total games from this season and that Houston caught them on an average night.

“I thought the crowd was great,” said Malone. “We played such good baseball so far this year and we kinda laid an egg tonight and didn’t play good. From the crowd from the homecoming activities to the fireworks show, I thought it was a great night other than the score. This was a great atmosphere. I can’t speak for you or your friends but I thought it was a great atmosphere for everybody here in Corpus. We call it good energy in the park. It was upbeat and everyone was into the game.”

Justin Taylor, sophomore and starting catcher for the Islanders, has been playing this position since his freshman year. Taylor mentioned he enjoys what he does and doesn’t think he could be in a different position in baseball. “Coach said after the game they’re a top five team in Texas,” said Taylor, “We live for playing out here on Whataburger and playing teams like that so it’s a good all around competition. It’s tough to see a 14-1 loss but this team is going to be one of the best Islanders teams we have had through this program. A loss like that doesn’t get anybody down we’re ready to bounce back and go win.”

For the last day of the series on Sunday, the Islanders lost to Houston going into the extra tenth inning with the final score being 4-3. For more information on their upcoming games stay tuned on their social media platforms or visit goislanders.com.