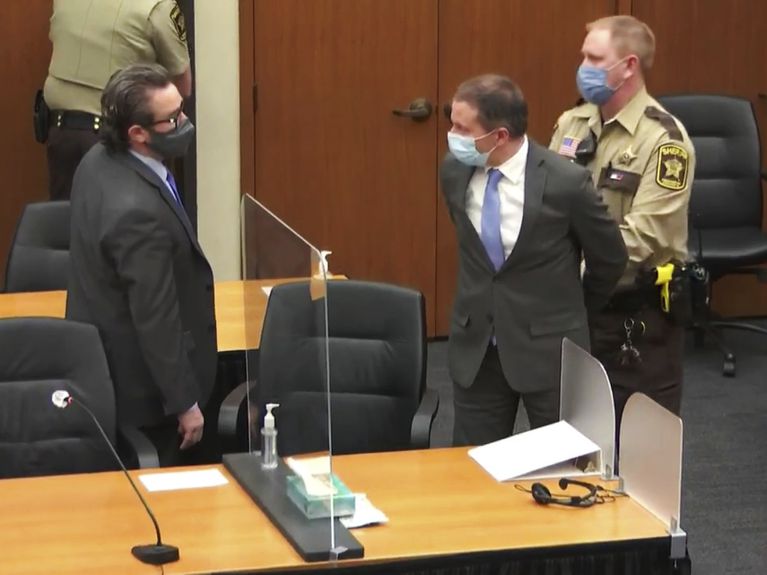 On April 20 the jury found Derek Chauvin guilty on three counts of second-degree manslaughter, culpable negligence and unreasonable risk in the death of George Floyd. As the country waits to hear Chauvin’s full sentence, some are now finding specks of hope in the verdict’s most recent decision.

Environmental major Demori Lawrence said she is happy to hear that “some justice” was served. “It is very promising to see the trial come to an end like this. I think this could bring Floyd’s family some kind of peace, knowing that the person responsible for his death is going to be held accountable,” commented Lawrence.

However even though Chauvin has been found guilty, Lawrence is still somewhat apprehensive of what’s to come next. “Unfortunately, it has been true that the system will sacrifice a few to save face,” said Lawrence, “I know that he is guilty on all three counts, but I am kind of worried that Chauvin was just the scapegoat for it all. Like I just hope that this case isn’t treated as a front, like ‘here Chauvin is convicted, stop talking about racial injustice,’ like no this was just one case that was fortunate enough to see the right decision be made this time.”

Lawrence also added that while “some justice” has been served this time, the Black Lives Matter movement is still far from over. “This was a good step in the right direction, but there is still more work to be done. We need some kind of reform,” explained Lawrence.

Pre-nursing major Alexandra Golden said, “I think the right decision was made here. I cannot even imagine what would happen if he (Chauvin) was not found guilty.”

Golden also said, “This does not mean it’s over, we still have to keep holding people accountable for things like this because you read and hear of cases like Floyd’s where the police officer was not found guilty and they just get away with it. It is just not right.”

As for now, Chauvin awaits to hear his sentencing which could potentially reveal decades for him in prison.